Reformed robber describes how he turned his life around after prison 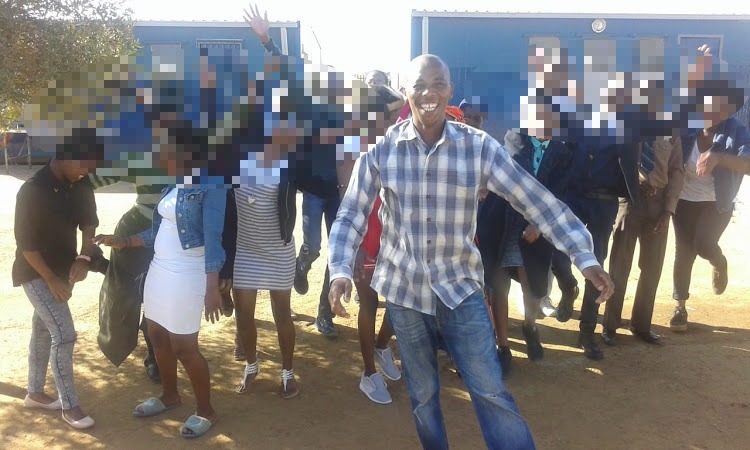 Robert Molefe once wanted to become a nurse and serve the people of South Africa, but that dream faded - to the point where he dropped out of school and turned to crime.

Molefe was raised by his single mother. Like most youngsters, he grew up with dreams and goals for his future. But things changed for Molefe in 1992 when they moved out of the family house and started struggling financially.

He dropped out of school in grade 9 and soon got involved in crime. “You start small, on weekends you do house robberies and hijacking,” he told TimesLIVE.

Molefe's luck ran out when he was arrested in Rosettenville, in the south of Johannesburg, in 1999. He was sentenced to more than 20 years in jail: 17 for murder,  three for robbery and two for escaping from custody.

He said he appealed his murder conviction and was acquitted after serving four years behind bars at Pretoria Central Prison, now known as Kgosi Mampuru II Correctional Centre.

“Since then, I have been enjoying the outside and have never gone back,” he said.

Molefe said before he was released, he enrolled in an intervention programme at Khulisa Social Solutions, a non-profit organisation that aims to build a safer society by enhancing social services to children, youth and families. He graduated from the programme in 2004 when he was released.

“They bring back the person that you are and the promises that you made to yourself growing up," he said.

“I wanted to change my life  but I did not know how and where to start. Remember, I was in prison and there people were not in the same state of mind as me.”

As part of the intervention programme, Molefe has been delivering motivational speeches as part of an awareness campaign at schools. He recently spoke at a school in Daveyton, Ekurhuleni, where more than 140 pupils had dropped out because of  gangsterism.

“Violence has always been around in schools. It’s not something new. When I delivered my speech at the school, I even told them that I am scared of them because I knew some of them were involved in gangsterism.

“I was reminded of a time when I was in 13 and in grade 7, when an older guy in our grade asked me to carry his firearm around at school.”

Now a reformed man, Molefe said Khulisa gave him a second chance. “If it was not for Khulisa, I would have probably been in prison serving the maximum sentence - or dead.”

“During this time he was the beneficiary of multiple capacity-building programmes, in which he excelled - demonstrating his leadership qualities and his willingness to take full accountability for his adolescent misdemeanours,” she said.

Van Selm said since Molefe's release from prison, he has “provided motivational talks at numerous conferences, at government gatherings and on various media platforms”.

“His entrepreneurship skills were also demonstrated when he ran for three years a silkscreen printing business under the Khulisa banner, providing employment for other young offenders,” she added.