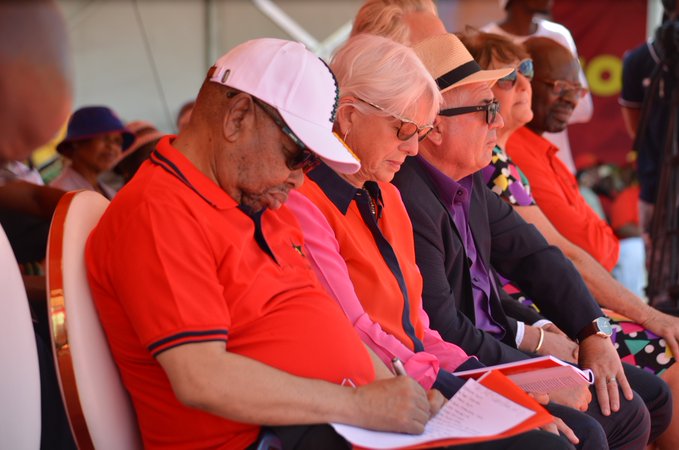 Congress of South African Trade Unions (Cosatu) general secretary Bheki Nthalintshali has called on the National Prosecuting Authority (NPA) to charge those fingered in the Zondo commission - even if they are sick or old.

"Those fingered must face the music. Whether others are sick or old, they must be convicted first and then they must ask for pardon," Nthalintshali said at the commemoration for the SACP's former national chairperson, Joe Slovo, at the Avalon cemetery in Soweto on Monday.  Slovo died in 1995.

Nthalintshali said bonuses should not be paid to Eskom staff.

"If we give them bonuses we are encouraging them to implement more load-shedding," Nthalintshali said.

He lashed out at the ANC for not sending one of its leaders to Slovo's commemoration.

"You can't come to a grave and make commitments that you can't keep. The ANC has 90 leaders. If they can't send one here, then the party is in danger."

He said cabinet ministers who did not want to do their jobs should be fired.

He commended transport minister Fikile Mbalula for being visible on the roads during the festive season.

"All we are waiting to hear from him is when are we are getting rid of e-tolls. People don't want e-tolls. They don't even pay for them," Nthalintshali said.

The Equality Court had a busy year in defining provisions of the Promotion of Equality and Prevention of Unfair Discrimination Act (Equality Act) in ...
News
2 years ago