'Fail' isn't a good word, says UP prof ahead of release of 2019 matric results 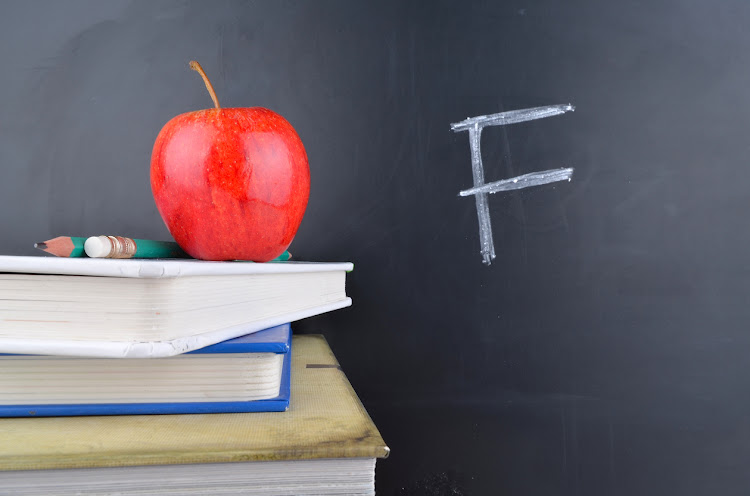 'Insufficient achievement’ is the phrase to use when speaking about matriculants who do not achieve good results in the final exams, says an educational psychology professor.
Image: Gallo Images/ IStock

Prof Kobus Maree from the department of educational psychology at the University of Pretoria has moved to remind people that the word "fail" should not be used when it comes to matric pupils who do not do well in the examinations.

The professor said the word "fail" had no place in current society.

“The phrase ‘insufficient achievement’ is more appropriate”, Maree said in a statement.

The individual matric results will be released on Wednesday.

Maree said while the marks obtained in these exams determined the university to which a pupil could be admitted, they do not determine whether or not one will be successful in life.

“It hurts when one learns that the outcomes of an examination were less successful than expected. But step back emotionally and interpret the experience logically. All human beings experience success,and are less successful from time to time. This is the most normal thing in the world,” he said.

Maree advised that pupils should instead try to figure out ways to improve the results they received, and view this as an opportunity for growth. He advised that they look into getting remarked, register for supplementary exams or redo certain subjects or the entire grade.

Either way, he said, hard work was needed.

The department of social development has widened the scope of its gender-based violence command centre to give counselling to matric pupils who are ...
News
2 years ago

“This is a key characteristic and strength in these rapidly changing and uncertain times,” Maree said.

Pupils who performed insufficiently can apply for remarking of their papers, register for and write supplementary exams, or even redo their grade or repeat certain subjects.

With many matric pupils set their heights on a "bachelors" pass so they can be admitted to mainstream university, Maree said university was not the only option.

“One should not be set on a particular tertiary institution, whether it is a university, university of technology, college or private training institution,” he said.

He said pupils should get qualifications which are necessary for their field.

“A tip is to thoroughly research career opportunities for pupils who have already graduated – both now and in the future. Ask yourself regularly whether you will still be employable in ﬁve, 10, or 15 years’ time,” he said.