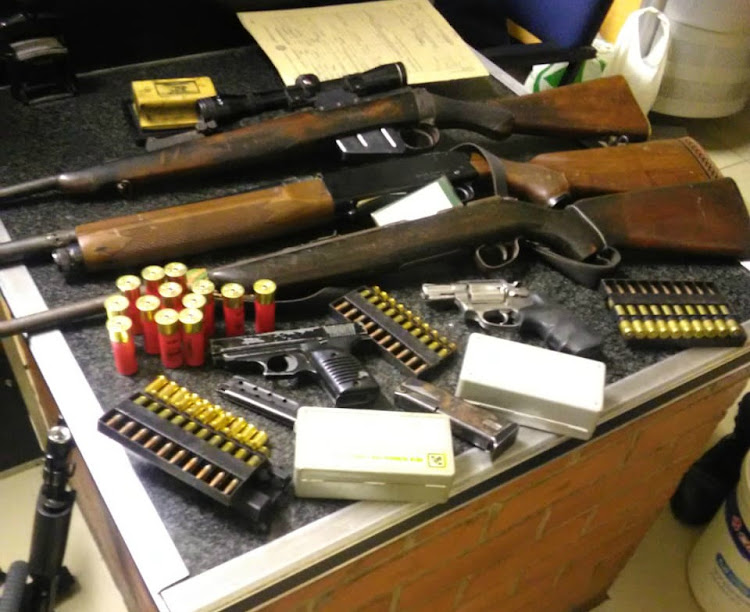 Some of the unlicensed firearms and ammunition seized by KZN police.
Image: Supplied by SAPS.

A KwaZulu-Natal man has been arrested for being in possession of five unlicensed firearms and 573 rounds of assorted ammunition.

The man, 33, was arrested in the Sampofu area in Msinga, in Northern KwaZulu-Natal, on Friday during operations by the Durban Public Order Police and Greytown Crime Intelligence.

“The team went to the identified homestead where a search was conducted. Upon searching the house a total of five unlicensed firearms, which included three rifles, a pistol and a revolver, were recovered,” said KZN police spokesperson Capt Nqobile Gwala.

Gwala said the man was expected to appear in the Msinga magistrate's court on Monday.