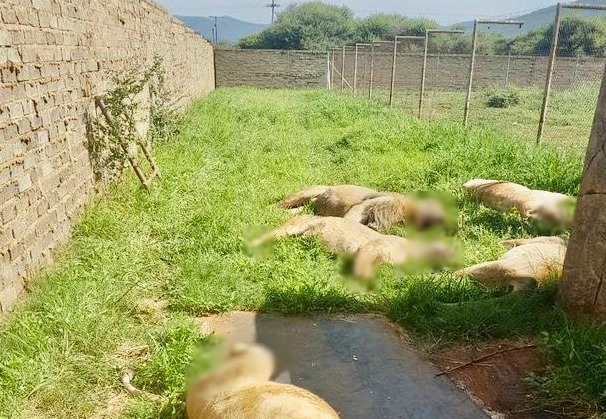 Some of the lions found dead at a game lodge in the North West. Graphic parts of the image have been edited.
Image: Twitter/Yusuf Abramjee

Eight lions were found dead, possibly poisoned, at a bush lodge near Rustenberg in the North West on Friday.

Staff at Predators Rock Bush Lodge made the gruesome discovery. The lions’ paws and snouts had been hacked off.

He said there had been no arrests so far.

SowetanLIVE's sister publication TimesLIVE was unable to reach the lodge on Friday evening.

Lodge owner Gert Blom told Netwerk24 earlier that each of the lions, which were relatively tame, had their own name. One of them had three cubs that were a day old, Only one of the cubs, Yoda, survived.

“The poachers supposedly hid behind a wall and threw over poisoned chicken carcasses,” said Blom.

Police could not immediately confirm if the lions had been poisoned as the investigation was ongoing.

A nature conservation officer has been chastised by a judge for putting red tape before the welfare of cheetah and lion cubs.
News
2 years ago

The National Council of Societies for the Prevention of Cruelty to Animals (NSPCA) is planning to take legal action against a Free State lion owner ...
News
2 years ago
Next Article