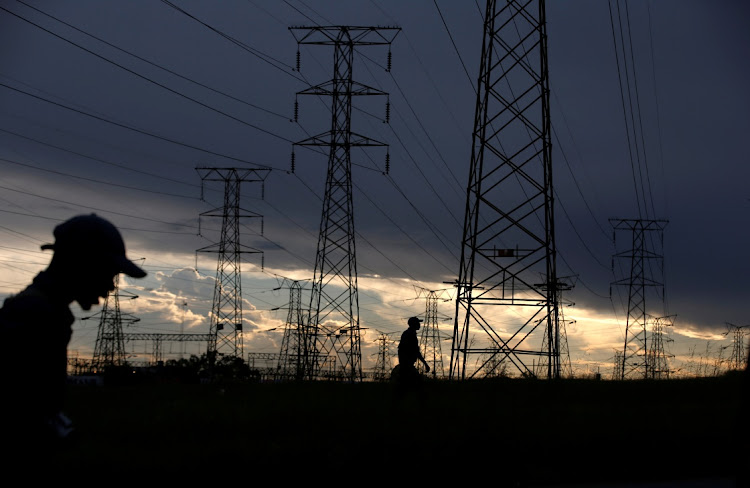 The high number of plant breakdowns of Eskom equipment over the holidays is an indication that load-shedding will resume as demand normalises in mid-January.

With demand about 4,000MW lower than normal, Eskom has got by without the need to drop customers from the grid since mid-December. But unplanned breakdowns have been far higher than Eskom’s desirable threshold of 9,500MW, with the result that when demand rises, there will be little, if any, reserve margin to speak of.

On most days over the holiday period, Eskom had less than 30,000MW of dispatchable energy at its disposal, including the approximately 1,000MW produced by renewable independent power producers (IPPs). Demand has been in the region of 24,000MW.

Eskom said on Friday that it expects an increase in demand from Monday to about 27,500MW, with demand increasing to about 29,000MW by the end of January. “The risk of load-shedding remains high as the level of plant breakdowns has been trending above the low-risk level of below 10,500MW,” a spokesperson for the company said.

Energy commentator Chris Yelland said, “The short and tall of it is that from the low demand at the end of December 2019, one can expect an increase in demand of about 4,000 MW in week three and four of January.”

On Friday, unplanned breakdowns were at 14,096MW said Eskom, only slightly less than the level reached on December 9  when stage four load-shedding was implemented. Later that day, as more units went down, Eskom moved to stage six load-shedding for the first time, the equivalent of dropping 6,000MW from the grid.

Eskom said that it makes use of emergency measures — such as diesel-fired turbines — to meet demand, if necessary.

Over the holiday period, unplanned breakdowns ranged between 12,500MW and 14,500MW — an indication that despite measures taken over the holidays to cancel employee leave, the trend of falling capacity has continued.

The country's power system remained constrained and vulnerable, but no load-shedding was expected on Tuesday and New Year’s Day, said Eskom
News
2 years ago

Electricity utility Eskom confirmed on Sunday that no load-shedding was expected for the day, in a continuation of the drop in demand from the start ...
News
2 years ago
Next Article