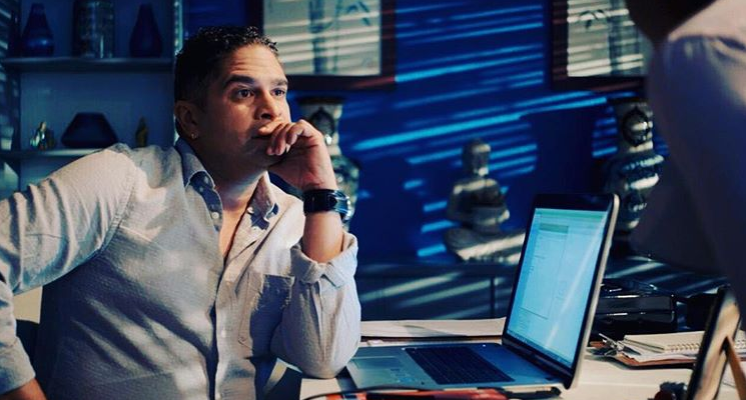 Skeem Saam and Erfsondes actor Mortimer Williams is grateful to be alive and is recovering in hospital after being shot in the Melville drive-by shooting, he told SowetanLIVE's sister publication TshisaLIVE.

SowetanLIVE previously reported that a black SUV drove past Poppy’s restaurant in Melville in the early hours of Wednesday morning, spraying bullets that killed two people and left six others injured.

Mortimer, who is also a musician, was performing at the restaurant when he heard the gunshots and realised that he had been hit.

“We did the countdown and everything seemed fine. We didn't know of any altercations between anyone. I saw a friend who I hadn't wished a happy new year yet and when I went outside to do so, I heard this noise. It sounded like (fire) crackers going off but then I felt the affect and realised I had been shot.”

He described the chaos that ensued.

“I hit the ground and said 'Oh God, I have just been shot'. There were people dropping next to me. It was so chaotic. The paramedics, police and security arrived very swiftly. There were people taking off their shirts to stop the bleeding and trying to help all those who were injured.”

Mortimer was rushed to the ER of a local hospital where he was treated for his injury.

“A bullet missed my left kidney by a few millimetres and went through the top of my pelvis. It didn't shatter it but left a hole. Luckily, they didn't have to operate on it, but I have been given medication and am being treated.”

Two cases of murder and six attempted murder cases are being investigated but no arrests have yet been made.

Police have appealed for help to identify those responsible for the shooting.

“Anyone who may have witnessed the incident or have information that could lead to the apprehension of the suspects, is urged to report to the police by calling the crime stop number 08600 10111 or by giving a tip-off on the MySAPS app, anonymously if they so choose,” said Peters.