‘I prayed and asked God to help us’: Melville shooting victim 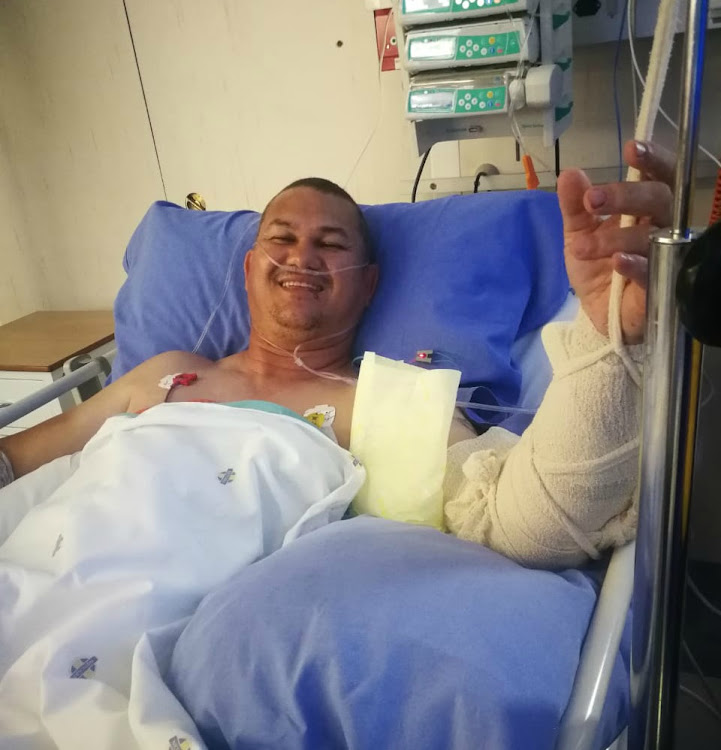 Ralph Fredericks prayed to God for help after being shot at a restaurant in Johannesburg on New Year's Day.

He prayed for help, not only for himself but everyone hit by bullets in the drive-by shooting that rocked the city.

“Through God’s grace and mercy I survived,” he told TimesLIVE from his hospital bed on Thursday.

The father of three sustained gunshot wounds to his right hand and chest.

He and a group of friends who recently relocated from KwaZulu-Natal to Johannesburg went to Poppy’s restaurant in Melville to see in the new year.

“We always hang out at the restaurant and there has never been any trouble there,” he said.

Not long after the midnight countdown they were outside listening to jokes shared by local actor Mortimer Williams.

“While we were standing there we heard sounds like crackers going off,” he said.

Then he, like others caught in the line of fire as an SUV drove past, fell to the ground.

“I realised that I had been shot. Mortimer [Williams] was lying next to me and two   ladies were on the tar road.

“It was traumatic and I was in a daze, but I noticed blood coming from my hand and my chest,” he said.

As patrons scrambled for cover, Fredericks closed his eyes and said a prayer.

“I was sitting down and praying for the safety of my friends, that they can come out of the ordeal without any harm. “I prayed the entire time while I was sitting there asking God to help myself and others who were injured,” he said.

He was admitted to the high care unit at a local hospital.

CCTV footage of the incident captured the moment when an SUV drove past the restaurant and people fell to the ground. Two women were killed — one of them the wife of Fredericks’ close friend.

The family of the woman, the mother of two young children, told TimesLIVE that they were struggling to come to terms with her death.

Fredericks said it was a horrible experience and hoped the perpetrators would be brought to book.

“This is the first time I have been involved in something like this and for someone to come up and start shooting at us like this is really not nice.

“I really feel sorry for my friend who lost his wife. They had just moved up and wanted to start a new chapter in their lives. I pray that God will carry them through this difficult time.”