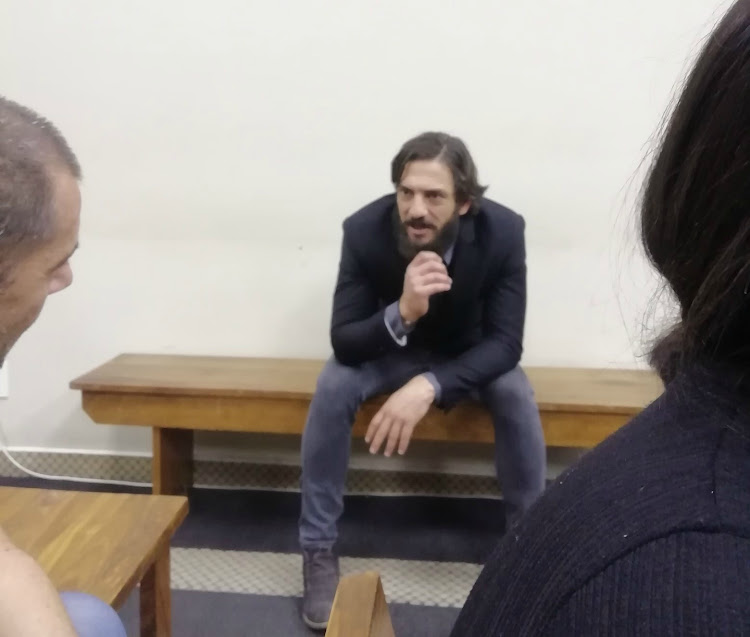 The SA Human Rights Commission (SAHRC) had a busy 2019 in the equality court where it racked up victories against those who uttered hate speech — and there is more to come this year.

The commission also has a number of cases to deal with in 2020, including a complaint against Springbok rugby player Eben Etzebeth.

In May, the equality court in Johannesburg ruled that the slogan “Land or Death” amounted to hate speech in terms of section 10 of the Promotion of Equality and Prevention of Unfair Discrimination Act (Equality Act).

The judgment followed an application by the commission in March 2018 in which it sought an order declaring that certain speech by the Black First Land First (BLF) party was hate speech on the basis of race.

Adam Catzavelos has pleaded guilty to a charge of crimen injuria for his racist comments.
News
2 years ago

In June, former Bosasa COO Angelo Agrizzi agreed to pay R200,000 to the Barney Mokgatle Foundation in Alexandra after using the k-word in a recorded audio clip played at the state capture inquiry.

At the state capture inquiry, Agrizzi testified that his comments were directed at Bosasa colleagues Joe Gumede and Papa Leshabane.

“I’m embarrassed of myself‚ I’m ashamed of myself for ever doing that ... I am a racist. Judge me on that. I have admitted it and I am sorry‚” Agrizzi said at the time.

Adam Catzavelos, the man who caused an uproar after using the k-word in a video, wants to enter into a plea bargain with the state
News
2 years ago

In August, businessman Adam Catzavelos agreed to pay a fine of R150,000 for using a racial slur directed at black South Africans.

The commission laid a complaint of hate speech against him in the equality court.

The Johannesburg resident catapulted to notoriety in August 2018 after a video of him using the k-word to celebrate  that there were no black people around him on a beach in Greece went viral.

In 2020, the commission has two cases in the equality court.

In October, the commission instituted legal proceedings against Etzebeth..

This followed a complaint received by the commission in August which alleged that the Springbok player physically and racially abused a man in Langebaan during an altercation.

During the same month, the commission announced that it had approached the equality court to take action against Freedom Front Plus Limpopo leader Marcelle Maritz, who allegedly used the k-word when referring to a local church.

Maritz was captured on video allegedly describing the place of worship as the “church without k****rs”.