The headquarters of the International Pentecost Holiness Church (IPHC), known as Silo, in Zuurbekom, south of Johannesburg, was the scene of much activity as it hosted its inaugural Retsene-Retsene Family Fun Day on December 26.

The fun day, which is the brainchild of church leader Comforter Frederick Leonard Modise and his wife who are based at Silo, saw a sea of yellow descending on the church premises as the theme of the event was yellow and white.

Modise is affectionately known as Jakobo, a name he was given by his followers. According to church members, this relates to the Biblical tale of the two brothers Esau and Jacob, in which God anoints the younger one.

The church, one of the biggest in South Africa with an estimated membership of more than three million, was founded by Modise's grandfather Frederick in 1962.

The event, which is to become an annual one, was aimed at, among others, encouraging church members to rotate money among themselves more and to celebrate as families.

Dozens of church members booked stalls in which they showcased their businesses and displayed the wares they were selling.

From mobile coffee shops, health spas to beauty products, home-made chilli sauces and shisanyamas - everyone who had something to sell was there.

Modise said the Family Day event aimed to ensure that all church members benefited by getting business from their fellow church members.

"The idea started inside the church. I was talking to the children of my father about us making sure that nobody goes to bed on an empty stomach," he said.

Image: Cyril Mabilu Phasha Some of the businesses exhibiting at the Family Day.

"We want to build an empire, one in which money will circulate among the church members. This will give each church member an opportunity as we will be starting other business ventures; if someone has an idea, they pitch it to us and we fund them."

Modise said it was like them as a church family "sharing the head of a locust. Businesses are coming together, ideas are being shared and they will all progress."

Hundreds of church members in a celebratory mood came out to support each other. There were music performances by a number of church choirs and individual members as well as also stand-up comedy. Kids were kept busy and entertained with lots of  jumping castles at a kiddies playing area.

Bikers, some in over-the-top Harley Davidsons, revved their engines to the amusement of those watching their spectacle. 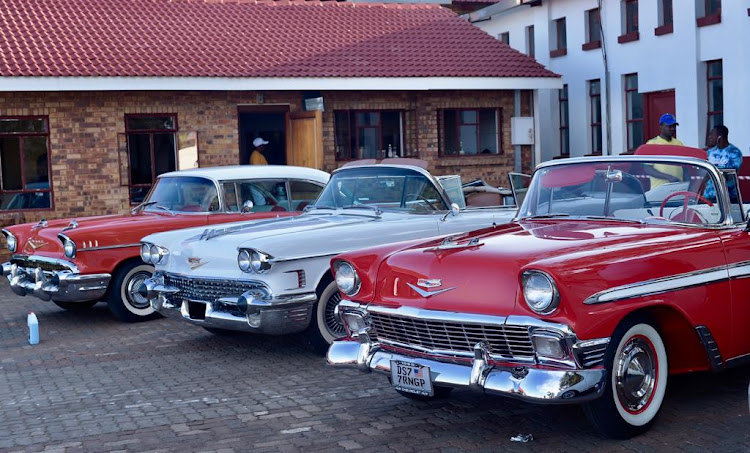 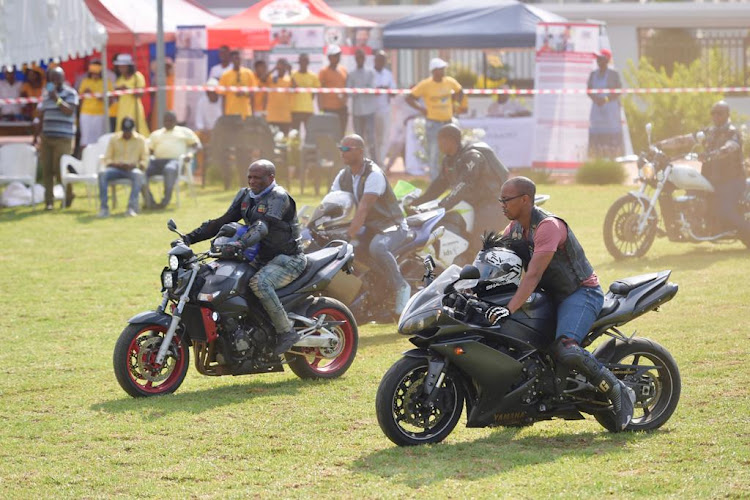 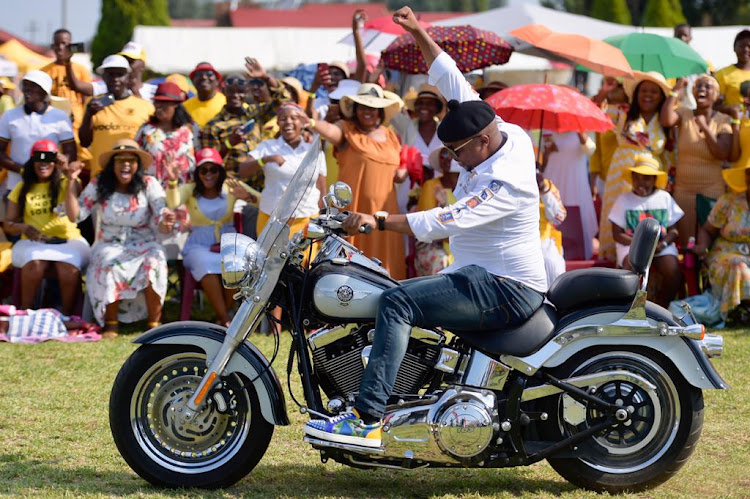 Vintage cars owned by the Modise family and other supercars with roaring engines made a grand entrance, attracting attention.

Modise, who's also known as "JK Morena wa style (JK the style lord), got behind the wheel of one of the cars and performed a few doughnut manoeuvres.

Some of the cars were auctioned off, with some members scoring great deals and smiling all the way to the bank.

The church has been in the news recently due to being embroiled in a succession dispute, which is now before the courts, since the death of the church leader Glayton Modise, Leonard's father, in 2016.