Argument over seats at initiation graduation ceremony ends in death 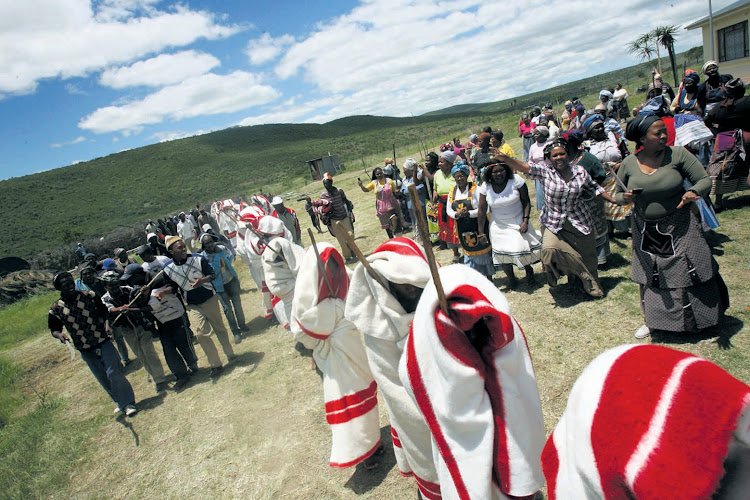 Young men being welcomed home at the end of their initiation. File photo.
Image: Lulamile Feni

A misunderstanding about the “seniority in the seating arrangements” at an initiation  graduation ceremony has ended in a death in the Eastern Cape.

A 26-year-old-man attending the ceremony at Mzamo Section, Ilinge Township, outside Queenstown, was stabbed to death during the fracas on Tuesday afternoon.

“There was a misunderstanding about the seating arrangement of the two men aged 23 and 26. The one was claiming to be the senior to the other,” explained police spokesperson Capt Jackson Manatha.

“Both men left the house which was full of people. It is alleged that the 23-year-old suspect fatally stabbed the 26-year-old man on his upper body.”

The suspect was arrested and charged with murder. He will appear in the Ezibeleni magistrate’s court near Queenstown on Thursday.

The identity of the victim is yet to be released.

The owner of an illegal initiation school operating in Gauteng has been arrested after an initiate died at the school, said the Gauteng department of ...
News
2 years ago

An organisation known as the Takuwani Riime Men’s Movement is calling on society to take an uncompromising stand to put an end to the deaths of ...
News
2 years ago
Next Article