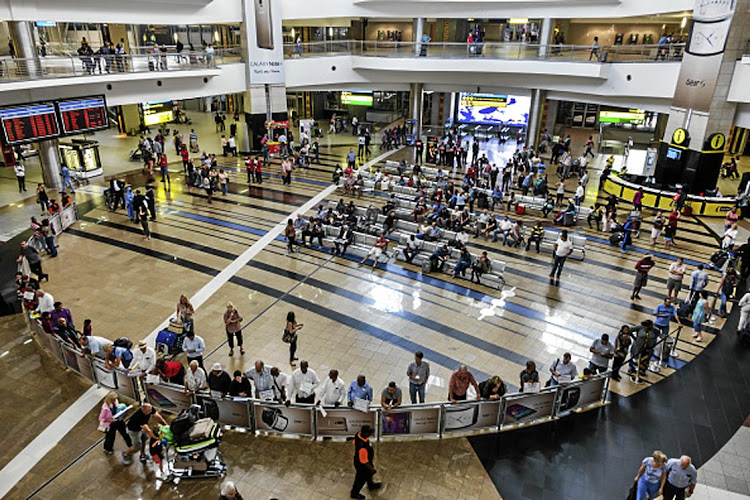 A man who had been given several warnings for touting at OR Tambo International Airport has been sentenced to a R5,000 fine, or five months' imprisonment, and has been banned from the airport under civil aviation regulations.
Image: Jeffrey Greenberg/ Getty Images

Police have urged travellers to report touts harassing them at airports.

“Illegal porters and touts are posing a problem at airports, as they are demanding that travellers make use of their services. In some cases they forcefully take money from travellers,” cautioned national police spokesperson Brig Vishnu Naidoo.

The warning comes after a man was arrested and convicted of touting at OR Tambo International Airport in Johannesburg.

Kunde Kwini, 43, was arrested for trespassing by security contracted by the Airports Company SA (Acsa).

Ten security officers were fired after being found in possession of stolen items, including alcohol and juices, at OR Tambo International Airport.
News
1 year ago

He appeared in the Kempton Park magistrate's court on December 12 and was fined  R5,000 or five months' imprisonment.

Kwini had previously been given written warnings about touting and was issued with a banning order under civil aviation regulations.

His conviction and sentence was hailed a milestone in an effort to curb illegal activities at the country's airports.

“We encourage travellers to report any form of harassment they may experience to police or security on duty at any of our airports and we will ensure that decisive action is taken against those responsible,” added Naidoo.