Twins reunited with parents after being 'lost' in social care system 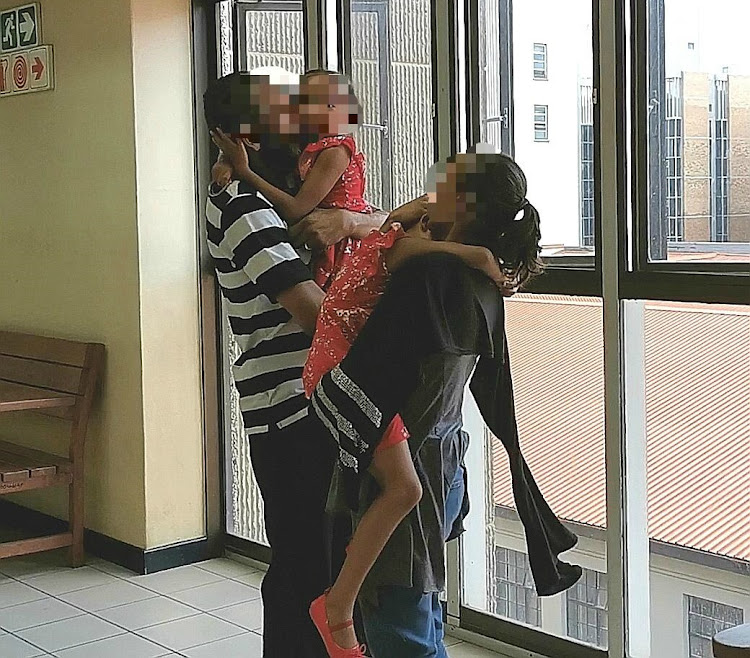 The twin girls, aged five, were reunited with their parents with the intervention of the Johannesburg high court.
Image: Jeff Wicks/TimesLIVE

No good deed goes unpunished and for a Johannesburg couple, giving an acquaintance a lift set in motion a chain of events that saw them arrested and their twin five-year-old daughters “lost” in the social care system for four days.

The Johannesburg high court on Friday ordered that an unnamed place of safety and the police return the girls to their parents. The identity of the couple, known to SowetanLIVE's sister publication TimesLIVE, has been withheld to protect the children.

The girls’ mother said the drama began on the way to a family outing at McDonald's in Roodepoort on Monday night.

“People from our neighbourhood asked us for a lift. I told my husband that it was a bad idea, but his view was that the guy was disabled and had no other way to get home and that we would be doing a good deed,” she said.

After the acquaintance, his girlfriend, daughter and the family piled into the car, police descended and asked to search the vehicle.

“They put us all in cuffs and took us down to the police station. When we got there the guy confessed that the bullets were his, but it was too late. We all needed to be arrested,” she said.

The couple desperately called relatives to come and fetch the twins. An estranged aunt arrived. “She assaulted me in the police station and accused me of putting my children in danger. The police just let her take my children,” the mother alleged.

After the couple appeared in court on December 24, where unlawful possession of ammunition charges against them were withdrawn, they called the aunt.

“She had gone and dropped my girls at a place of safety, but wouldn’t tell us where it was. She gave us a number and all the people would tell us is that the girls were fine, but that we couldn’t bring them home,” the woman alleged.

The couple said police did not follow protocol and procedure when removing the children from their care.

Police officers and social workers are empowered to remove children from custody without a court order if they feel the child is in imminent danger or requires care. In these circumstances a “form 36” requires completion in triplicate, a copy of which is given to the biological parents so they have knowledge of where their children are to be housed.

On demanding this information from the police, they said they found the paperwork was not done and officers had “no idea” where the children were.

“They didn’t want to help us. We were at police stations for three days and we got nothing. Our children were missing and no one would tell us where they were,” the mother said.

“We had no Christmas for our girls. We couldn’t sleep and we couldn’t go home because everything there reminded us of them. One night my husband spent hours washing his car and eventually slept in it,” she said.

Three days after siblings Sunick Ferreira, 12 and Ashley Olivier, 5, went missing in Cradock, Eastern Cape police on Tuesday said they had been found.
News
1 year ago

Last Friday, the beleaguered pair made an application before the high court and, citing police management as respondents, demanded the return of their children. Alternatively, if the police could not bring the children to court, they wanted the court to order that they immediately commence with a kidnapping investigation.

Acting judge Anthony Millar said the girls had been wrested from the arms of their parents in what could only be described as a travesty and ordered that the twins immediately be brought to court.

Attorneys acting for the police countered, insisting that allegations of abuse had been made against the parents. But these allegations were not substantiated nor ventilated in court.

Beyond reuniting the family, Millar ordered the family advocate to investigate and bear out the veracity of abuse claims.

In the hallway, the girls leapt into their sobbing parents’ arms.

When they were carried into court, the family thanked Millar. “We can’t wait to get them home and have a real Christmas. We didn’t know if they were alive or dead, or if we would ever see them again,” the mother added.

When contacted for comment on Sunday, police spokesperson Capt Noxolo Kweza said she would investigate the allegations.

This story will be updated when comment from the police has been received.