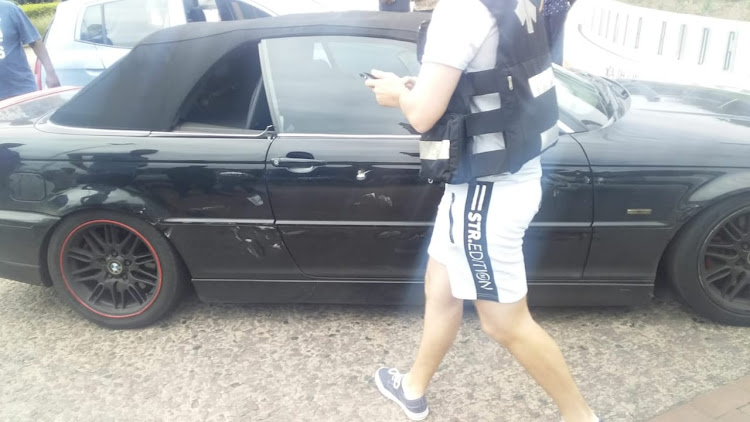 A woman was shot dead and a man critically wounded in an attack on their vehicle in Umhlanga Rocks on Saturday afternoon. Paramedics said the man later died in hospital.
Image: Supplied

A woman was killed and man critically wounded in a shooting in Umhlanga Rocks, north of Durban, on Saturday afternoon.

Marshall Security spokesperson Kyle van Reenen said Crisis Medical paramedics were called to the scene of a shooting incident near the Douglas Saunders Circle at 1pm.

“On arrival on scene two occupants of a black BMW were found seated in their vehicle having sustained multiple gunshot wounds.

“A female passenger believed to be approximately thirty years of age was declared deceased on arrival whilst a male driver, aged between thirty and thirty-five years of age, was found to be in a critical condition,” he said.

Advanced life support intervention was needed to stabilise the man before he was taken to a nearby hospital.

Netcare 911 spokesperson Shawn Herbst, however, said that the man, who sustained a gunshot wound to his head, had died shortly after arrival at the hospital

“At this stage the motive for the shooting is unknown and the necessary authorities were in attendance and will be investigating the incident further,” Van Reenen said.

Two men are expected to appear in court soon in connection with a double murder in Winterton, KwaZulu-Natal.
News
2 years ago
Next Article