One dead, four injured in collision between bus and car in Bronkhorstspruit 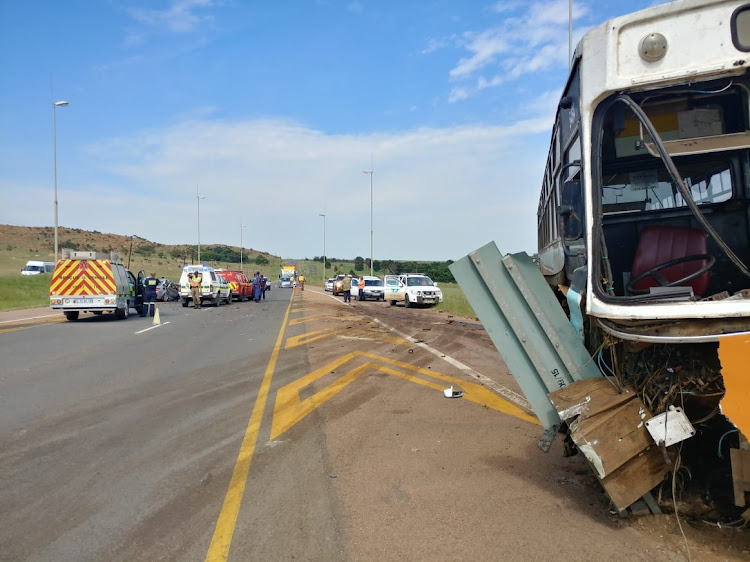 An accident between a bus and a car in Bronkhorstspruit on Friday morning left one person dead and four others injured.
Image: Supplied by Netcare 911.

One person was killed and four others injured in an accident between a bus and a car in Bronkhorstspruit, east of Pretoria, on Friday, paramedics said.

Netcare 911 paramedics responded to the accident at about 7.40am on Friday.

“Medics assessed the scene and found that an adult male had sustained fatal injuries and was declared deceased on the scene.

Once treated, the seriously injured woman was flown by air ambulance to hospital.

“Once stabilised all the patients were transported by ambulance to hospital for further treatment.”

Two babies were killed in a car accident in Malamulele outside Giyani, Limpopo police said on Thursday.
News
2 years ago

After an incredible 2019, Sho Madjozi's year ended in tragedy following the passing of her sister, Makhananï Maganye, who died in a road accident.
Entertainment
2 years ago
Next Article