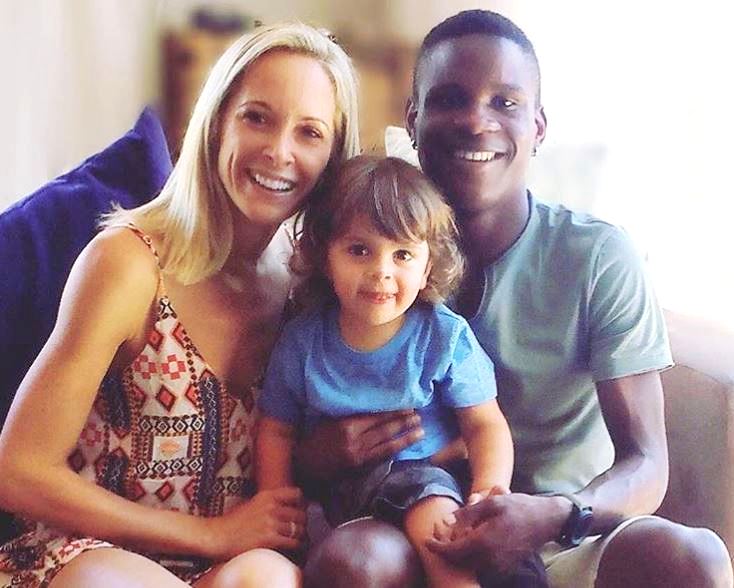 Top SA cyclist Nic Dlamini was in the operating theatre on Saturday morning after his arm was broken by Table Mountain National Park officials.

Fellow cyclist Donovan le Cok, who shot the video of the altercation between Dlamini and park officials on Friday, said the 24-year-old was undergoing surgery in a Cape Town hospital.

This is what @SANParks officials have done to a potential Olympic athlete’s arm. @nich_dlamini WAS possibly going to be THE 1ST BLACK SOUTH AFRICAN to take part in the Tour de France you stupid assholes!!!!!!!! @CyrilRamaphosa @MbalulaFikile pic.twitter.com/lLS1EStpYK

Actress Vanessa Haywood, also a keen cyclist and a friend of Dlamini, posted a photograph on Twitter of X-rays showing Dlamini’s left humerus — the long bone in the upper arm.

“This is what @SANParks [South African National Parks] officials have done to a potential Olympic athlete’s arm. @nich_dlamini WAS possibly going to be THE 1ST BLACK SOUTH AFRICAN to take part in the Tour de France you stupid assholes!!!!!!!!” she said, tagging President Cyril Ramaphosa and transport minister Fikile Mbalula.

Today has been one of the saddest days of my life. To see someone I love like my own child senselessly attacked on video is something I’ll never get over -someone who has overcome such hardship & made an incredible life for himself through sheer gut determination & talent... ?? Get better soon my sweetheart @nicholas_dlamini

On Instagram, alongside a photograph of her with Dlamini and her three-year-old son Ryan, she said: “Today has been one of the saddest days of my life. To see someone I love like my own child senselessly attacked on video is something I’ll never get over — someone who has overcome such hardship & made an incredible life for himself through sheer gut determination & talent ... ? Get better soon my sweetheart.”

Dlamini was injured during a scuffle with SANParks rangers in the Silvermine section of Table Mountain National Park. Part of the incident was filmed by another cyclist, Donovan le Cok, who said the amount of force used by the rangers was ridiculous and unnecessary.

In a statement, Le Cok said: “I got to the scene just at the point where the SANParks official had knocked Nicholas off of his bike to check his permit.

“It’s a downhill to the exit, and they sort of jumped out and grabbed his handlebar to make him stop, which made him fall obviously. Nic was quite upset, he was hurt and his bike was damaged.

“It is quite a shocking thing to encounter when someone tries to grab you off of your bike, something that a criminal does rather than a park ranger.

“At that point there was a heated discussion with the head ranger. Nic wasn’t aggressive towards him, trying to get away or resisting being detained. The guy just laid into him, turned him around, and twisted his arm high above his head.

“You can hear in the video his arm snap and crack, at which point Nic was just screaming saying, ‘my arm’s broken, my arm’s broken’. They just proceeded to throw him into the back of a van, all the while he is still shouting, ‘my arm is broken’.

“I had then stopped filming as the rangers were becoming aggressive towards me, they were grabbing at my phone and my hand, so I thought rather than lose my phone and lose the footage, I would just stop recording and put my phone in my pocket.

“The rangers were all very aggressive to me afterwards as well. I just wanted to check that Nic was OK. I was able to shout to Nic through the van windows to try make sure he was all right and to let him know I would do what I could to help him. As I was up in the mountain with no signal, I cycled back down as was able get the footage out as soon as I had signal.”

Dlamini was taken to False Bay Hospital, where his arm was X-rayed at 1pm. He was transferred to another hospital, where he stayed overnight before his surgery on Saturday.

I have just visited @nich_dlamini in hospital and heard first hand his horrible experience. I have instructed @SANParks to suspend all official involved and implement an independent investigation.

After visiting Dlamini on Friday evening, environment, forestry and fisheries minister Barbara Creecy posted a tweet saying she had instructed SANParks to suspend the officers who were involved in the incident and to launch an independent investigation.

“Their aggression was evident not only in their attitude toward Nic Dlamini, but also towards other cyclists on the scene who recorded the incident,” said Winde.

“No matter what the circumstances, there is no excuse for this kind of reaction.”

Dlamini’s team, NTT Pro Cycling, called on SANParks to take immediate disciplinary steps against the officials involved and to apologise to Dlamini and Le Cok.

Team principal Doug Ryder said in a statement: “I was both devastated and appalled to see the video of Nicholas on social media. To watch a young man who I know so well in such unnecessary distress made me feel sick, to be honest. The way in which he was treated is simply not acceptable.”

“The rangers were alerted of the situation, found him and requested the entry ticket which he could not produce. It seems he was aggressive to the rangers and he resisted arrest.

“Unfortunately, he broke his arm as the scuffle ensued,” Thakuli said. The rangers reportedly took him to hospital. “On his arrival, his colleagues or friends were aggressive to the ranger. They wanted to take the keys to the SANParks bakkie.”

Environment, forestry and fisheries minister Barbara Creecy has instructed SANParks to suspend the rangers involved in an alleged scuffle that ...
News
1 year ago

The NTT Pro Cycling club that top SA cyclist Nic Dlamini, belongs to on Friday confirmed that the injury he suffered at the hands of SANParks rangers ...
News
1 year ago

Top SA cyclist Nic Dlamini suffered a broken arm during an altercation with rangers at the Table Mountain National Park on Friday.
News
1 year ago
Next Article