Cops confiscate hundreds of bottles of booze at Durban beachfront 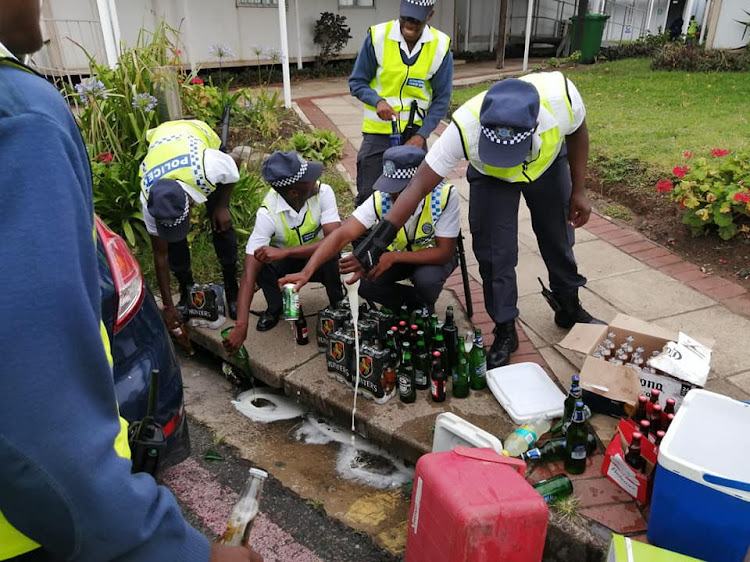 Holidaymakers found drinking in public were given a choice - either destroy the alcohol in the presence of police, or authorities would do it for them.
Image: supplied

Hundreds of litres of confiscated alcohol have been poured out in police operations on the Durban beachfront since the start of the festive season.

Durban metro police spokesperson Senior Superintendent Parboo Sewpersad said beachgoers found drinking in public were ordered to destroy their alcohol in front of a police officer, or authorities would do it for them.

“If the alcohol is still sealed, members of the public are allowed to give it to the police for safekeeping until they return from the beach,” he said.

Metro Police 6am cleanup operation yields large amounts of alcohol being confiscated. Remember no alcohol on our beaches or public spaces. #durbanhasmore #summerlove

Despite routine searches and heavy police presence at the revamped beachfront and popular Blue Lagoon area, some holidaymakers managed to sneak alcohol past authorities.

“This is why we have police officers patrolling on foot and they are not hesitating to act when people break the law. There are clear signs that state that drinking in public is not allowed,” Sewpersad said.

He said the police's tough stance against drinking in public had been praised by members of the public.

“We have had many compliments from members of the public, particularly those that visit the Blue Lagoon area. They have said that this year was the first in a long time that they were able to have a family picnic without any problems.”

Sewpersad warned that the tough stance would continue throughout the festive season.

Police have arrested a person who allegedly assaulted a Durban Solid Waste worker at the beachfront last Sunday.
News
1 year ago

As the heat wave continues across the country, at least 15 people have drowned in Mpumalanga in December trying to cool off by swimming, with the ...
News
1 year ago

About 160 fewer fatal road crashes - and about 250 fewer deaths - have been recorded since the beginning of the Christmas period compared to last ...
News
1 year ago
Next Article