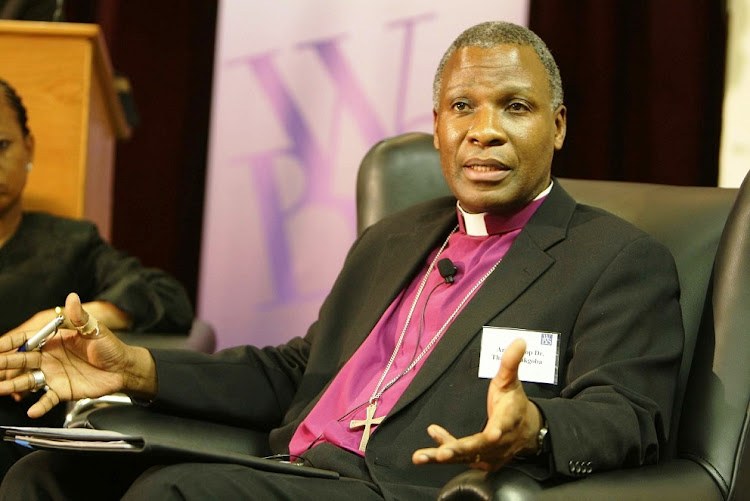 Anglican Archbishop Thabo Makgoba hopes the start of the new decade, 2020, “is the year of the orange jumpsuit” for those guilty of corruption.

During his sermon for midnight mass at Cape Town's cathedral on Christmas Eve, the archbishop said: “It’s been a difficult year for South Africans.”

He recounted how a cleric spoke to him of parishioners who felt “a dark cloud is hanging over us,” quipping, “And that was even before the Eskom power cuts reached stage six.”

He spoke too of how his daughter, a university student, recently challenged him by asking, “what kind of world, what kind of SA, am I going to grow up in?” He said she felt “upset by the pervasive greed in SA  ...   despairing at the continuing lack of equality of opportunity for people of her age”.

Home affairs minister Aaron Motsoaledi has revealed that some of the Gupta family members have been trying to get their SA passports renewed.
News
2 years ago

“What is for certain is that 2020 will not be short of drama. Many see it as a year of judgement,” in countries such as the UK and US.

“Here in SA, we hope it is 'the year of the orange jumpsuit', a year of reckoning for those whose greed has driven the country to the brink of disaster,” said the archbishop.

“On this night, of all nights, I don’t want to appear vindictive. Nor do I want to join the ranks of those who would put undue pressure on prosecutors to rush their work.

“Shamila Batohi, Hermione Cronje and their teams at the National Prosecuting Authority need to be given the space to do their jobs properly and to prepare watertight cases which secure convictions.

“Botched prosecutions and widespread acquittals would be a disaster, sending the wrong signals to the corrupt and plunging the country into despair.

“But there must be consequences for corruption, both for those in the private sector who facilitate it and those in the public sector who take advantage of it. The justice, the peace, the reconciliation and the abundant life which a flourishing democracy promises will be achieved only if those who threaten to subvert it are held accountable. So I pray that our hope is not misplaced.”

“The leaders of our government have had nearly two years to get their act together, rebuild national and international trust and begin to keep the many promises they’ve made to us.”

Much as he respects the president, he said, the words of Ramaphosa, the cabinet and parliament " ... when it comes to improving service delivery, delivering basic health care and bringing our education system up to global standards to ensure equality of opportunity for all our children ... are empty and actionless.”