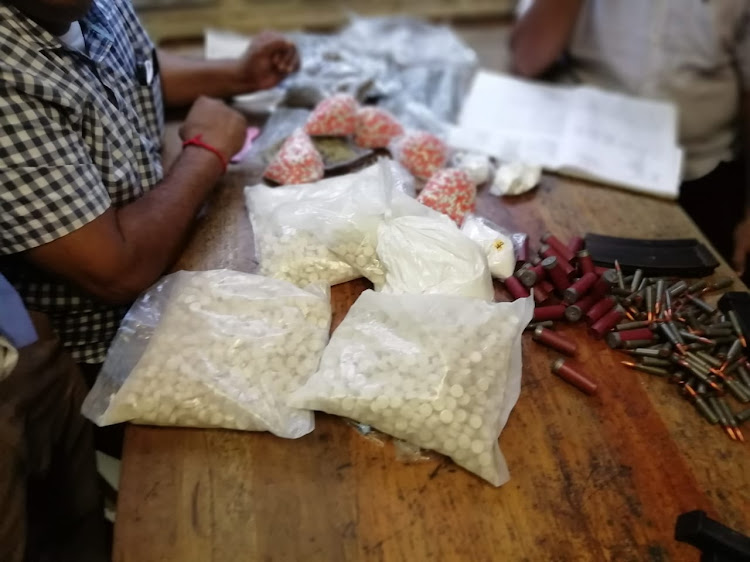 Police seized mandrax, cocaine, heroine and dagga along with weapons and ammunition during a search of a premises in Sydenham, Durban.
Image: SAPS

Two people have been arrested during a massive police drug bust at a drug den in Durban on Thursday.

Police spokesperson Brig Jay Naicker said a team of detectives raided a house at Vinca Road in Asherville, where a vehicle stolen earlier from Durban North was spotted parked on the premises. 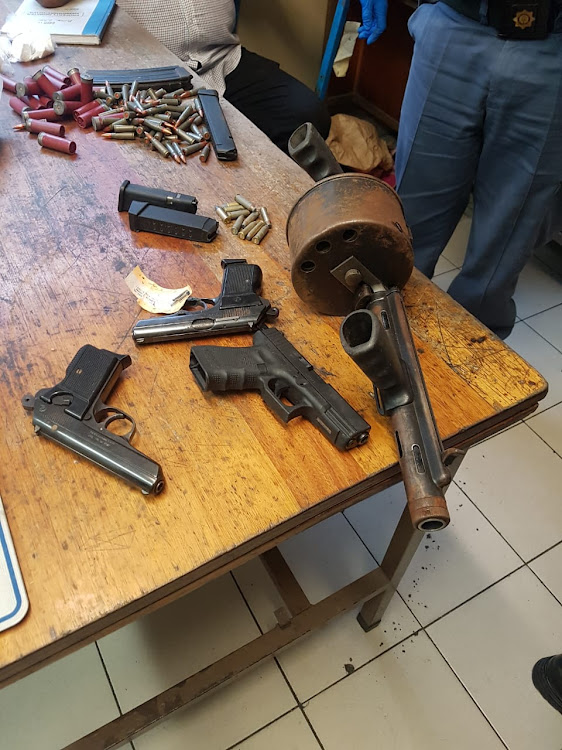 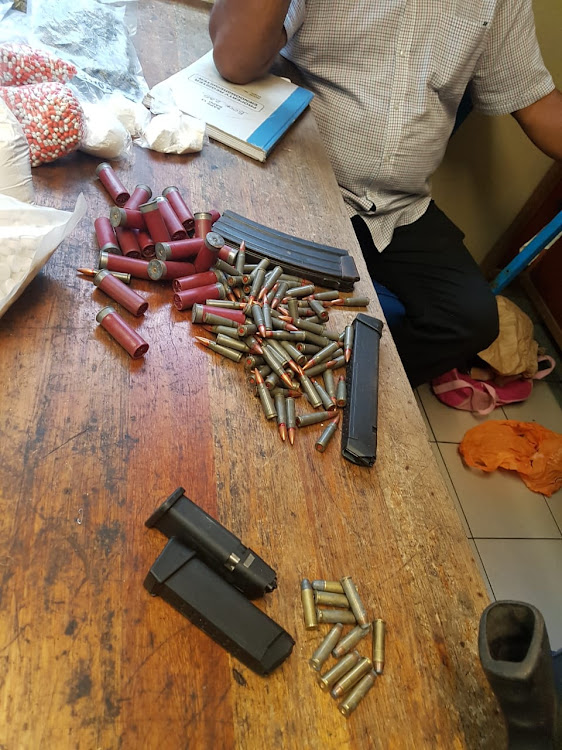 During a search of the house, three pistols and a shotgun were recovered. Police also seized 139 rounds of assorted ammunition.

"A preliminary investigation that was conducted at the scene revealed that one of the firearms was stolen in Isipingo in March 2017, whilst the others were not reported stolen as yet," said Naicker.

During a further search of the premises, police seized:

"The suspects, aged 28 and 29, were detained at Sydenham Saps. They were charged for being in illegal possession of firearms and ammunition, being in possession of suspected stolen property, and possession of drugs."

They are expected to appear in the Durban Magistrate's Court on Friday.

A 39-year-old South African actress was one of around 40 motorists arrested for allegedly driving while under the influence of alcohol over the ...
News
2 years ago
Next Article