All 'Tamatie' wants for Christmas is a toothbrush 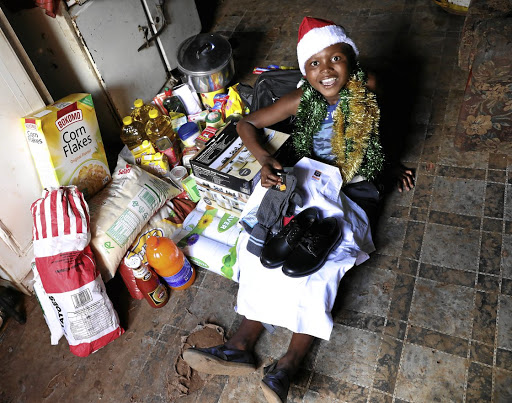 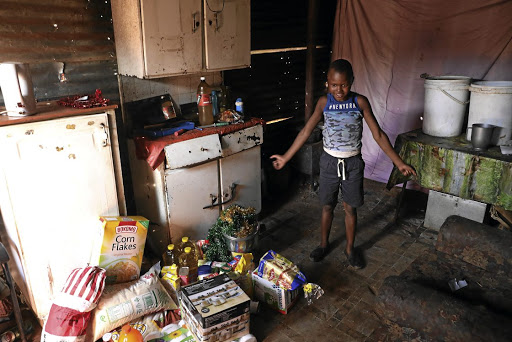 When Bokamoso Mathibe was asked this week to choose any gift as a Christmas present - the 10-year-old boy chose a toothbrush.

The energetic boy popularly known as "Tamatie" (tomato), a nickname he got from his aunt apparently due to the reddish complexion he had at birth, looked happy to go shopping.

During a shopping trip, sponsored by Sowetan staff at a local mall on Wednesday, Bokamoso was asked to choose any toy of his choice for Christmas.

"I just want a toothbrush so I can always brush and shine my teeth because I have not had one," he said.

Bokamoso was granted his wish as he got his toothbrush to go with groceries for his family.

A relative had bought Bokamoso a new pair of shorts which were meant to be worn on Christmas Day, however the youngster had to wear them to join the Sowetan team on this shopping trip because he didn't have any other decent pants. 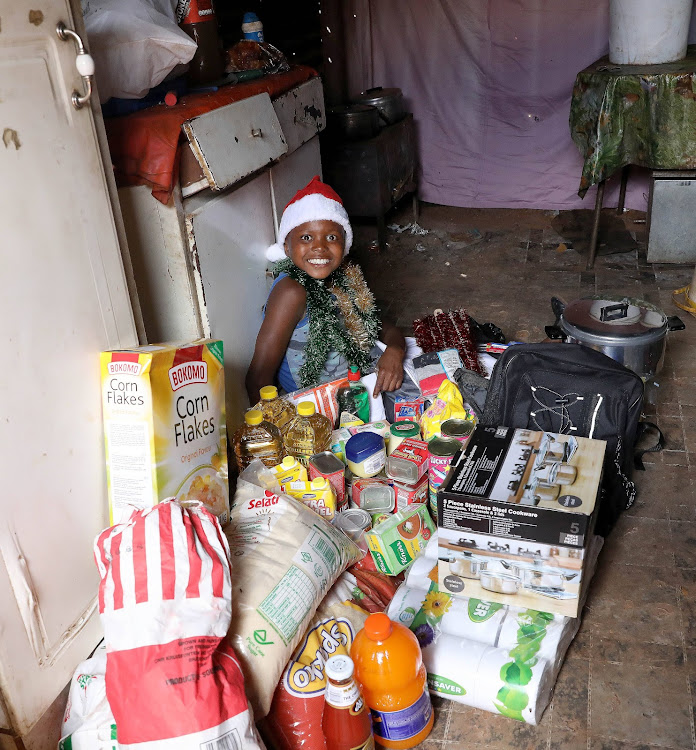 Puleng Mohapi, a guardian to Bokamoso, said her family was overwhelmed by Sowetan's gesture, which would give them a decent Christmas.

"It has not been easy raising Bokamoso, especially because his parents left him when he was very young and my father had to take over," said Mohapi.

Mohapi said she and her father, Bokamoso's uncle, took over the responsibility for the boy in 2011 when his mother died from an illness.

"His father died in 2009 while he was just a newborn. He has been staying with us until he began school here, he is a wonderful intelligent boy and is very helpful too," Mohapi said.

Mohapi said the family had nothing to cook for Christmas.

"It has been years since we celebrated it anyway; my father works part-time jobs and hardly makes enough money for fancy food," she said.

"Cooking many dishes at once is an absolute luxury to us, when we have cooked pap and whatever that can go with it, that's a meal to us."

She said with the groceries they've received, their Christmas will, for a change, be a very warm one for her family.

"It has been many years since we had a feast to celebrate Christmas," she said.

Speaking to Sowetan in the presence of his family Bokamoso said he was looking ward to going back to his school in his new uniform.

"I love school, it's my happy place . I also enjoy playing soccer and I want to play for the Kaizer Chiefs development team."

Bokamoso spends most of his time at a nearby soccer field where he plays soccer with his friends.

For any further assistance to Bokamoso, please contact Lebogang Boshomane on boshomanel@sowetan.co.za

The tradition of buying children new clothes for Christmas Day has been observed for decades by most black families in South Africa.

Grace Kunene, a 65-year-old woman from Daveyton in Ekurhuleni, told Sowetan the tradition had been with her family for more than six decades now.

"We grew up looking forward to end of the year just to go shopping and dress up for the big day. That made our childhood very exciting and we have passed it on [from generation to generation]."

Kunene, who grew up in KwaThema in Springs, said: "Every year had its own fashion trends and style in Christmas clothes and every child in the township wanted to be part of the moment."

Kunene said her five children who are now between the ages of 22 and 40 never had Christmas without new clothes.

"I bought Christmas clothes for my children until they were over 18 years of age and they still continue to buy clothes for their children." She said the children were encouraged to work hard in school during the year and would be rewarded with a holiday and beautiful clothes.

"We love rocking skinny jeans or baggy track suits with crop tops. My mom said in her day it was called iveza sbhono [meaning exposing the belly button]."

Ndamashe said fashion trends were being revived over time and the colours vary from generation to generation.