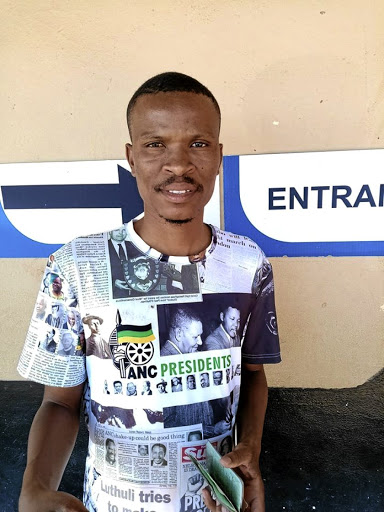 Limpopo MEC for health Phophi Ramathuba has been ordered to pay more than R300,000 in compensation to the department's former spokesperson for unfair dismal.

Thabiso Teffo was employed by the department in March 2016 and was dismissed in June.

The said sum of money earns interest in terms of the Prescribed Rate of Interest Act of 1975," he said.

Teffo referred the matter to his lawyer when contacted for comment.

His lawyer, advocate Ishmael Malale, said they had expected Ramathuba and her department to comply and pay by the said date.

The department of health in Limpopo has launched an investigation after a mentally challenged patient was assaulted and killed by another patient on ...
News
2 years ago

"This was rewarded late last month and Tuesday was the final day for him to receive his compensation. It is afternoon now and Mr Teffo has not received any cent owed to him.

"We expected payment because the department didn't oppose, there is no correspondence I received," Malale said on Tuesday.

Malale said if payment was not done as per the award, they will head to the court to enforce the order.

Department spokesperson Neil Shikwambana yesterday said the department was taking the matter on review at the Labour Court.

In his affidavit, Teffo stated that in terms of his contract, he was employed on a fixed- term contract linked to the duration of the deployment of Ramathuba.

Do public health workers know that their job is to save lives?
Opinion
2 years ago

"The same fixed-term contract was prematurely terminated ... She was never redeployed and for as long as she is the MEC for health, [I] will continue to work with her," he said.

The department had asked for the dismissal of the case, stating that the fixed-term contract was linked to the term of office of the MEC.

Senior manager for MEC support Nyambeni Matshivha said after the elections, an appointment of political head is terminated.

Rantho said the termination of the fixed-term contract was based on the occurrence of an event in terms of the appointment letter.

A 29-year-old Limpopo woman's newborn baby died on Tuesday night after she was forced to give birth outside a clinic, in rainy, cold weather.
News
2 years ago

The families of two toddlers who died after they had a dose of antibiotics at a Limpopo hospital have vowed to sue the state for negligence.
News
2 years ago

A group of medical specialists from different provinces have rescued Limpopo's health system from an orthopaedic surgery backlog by volunteering to ...
News
2 years ago
Next Article