Justice for victims of gender-based violence is elusive 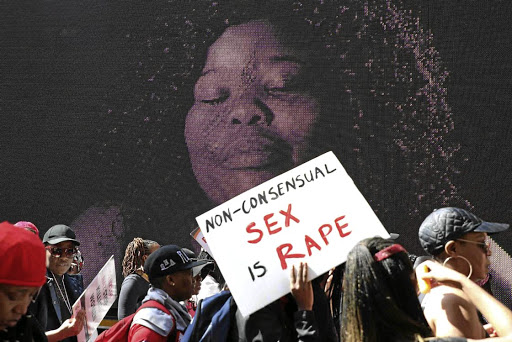 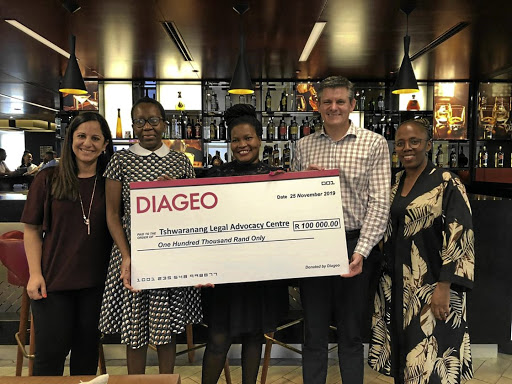 For many victims of gender-based violence, navigating their way through the criminal justice system is a daunting journey.

This is the perspective of a woman who was raped and has seen her attacker walk free, owing to "lack of evidence" in court.

The woman, who cannot be named to protect her identity, was inconsolable when she saw her case fall apart.

"It was difficult to come to terms with and I still have not been able to deal with it despite receiving counselling regularly," she said.

She was raped, allegedly by her cousin during a family gathering in 2012.

"I was 17 at the time. My family had gathered at my grandmother's house for her 80th birthday party so I felt safe and never imagined that anything bad would happen to me," she said.

She said her older cousin called her to his car and asked her to accompany him to the shops.

"But instead, he drove to a nearby bush where he had his way with me. We returned and I was too scared to tell anyone at the time because I didn't think anybody would believe me," she said.

She told Sowetan that she was only able to confide in her mother after eight months as she could not cope with the horror anymore. Her mother immediately told her that they needed to report the matter to the authorities.

'Racism and bigotry no longer define us,' says Cyril Ramaphosa on Day of Reconciliation

"As we take stock of how far we have come in healing the divisions of the past and building a united nation, we have much to be proud of."
News
1 year ago

"The incident happened in Hammanskraal, so when we went to the local police station in Soweto, they told us that we needed to go report the matter where it happened. That was the first hurdle," she said.

She said she was forced to endure secondary trauma through the treatment she received at the Hammanskraal police station.

"At first it was difficult to tell the officer in the charge office what had happened because he did not seem interested. But he referred us to another male officer who took me to a separate room. No counselling was offered to me and he was insensitive in the way he questioned me about the incident."

She said she was then referred to the Teddy Bear Clinic where she was told that she would not be able to be assisted because she had just turned 18, even though her ordeal occurred when she was a minor.

"My case was referred to a prosecutor who, after four court appearances, withdrew the charges against my cousin because he said there was not enough evidence.

"The prosecutor did not even know my name and treated the case like it was a petty crime," she said.

She said the pain and trauma she felt has never left her.

Now 24, the woman said a better approach needs to be adopted in the criminal justice system in order to assist victims with attaining justice.

Shock and anger after man killed wife, stepdaughter before driving into truck

Despite the cracks that exist in the system, a ray of hope does exist in the form of civic organisations that aim to obtain justice for victims by offering them legal support and counselling.

Tshwaranang Legal Advocacy Centre (TLAC) director Welekazi Stofile said the greatest challenge for women who have fallen prey to the scourge of sexual and gender-based violence is accessing justice.

"When you talk about the criminal justice system, you talk about a chain that starts from the police to the courts, to social development, health care establishments, all the way up to correctional facilities," she said.

Stofile said the system was flawed in a sense that it did not provide adequate support to victims in each link in the chain.

"At times, police stations lack the capacity to deal with a rape victim, then you find a prosecutor or magistrate who does not take the matter seriously by not showing up to court or following up on important information. Cases are then lost and the victims are the ones that are left to pick up the pieces," Stofile said.

TLAC provides legal advice and support, including free legal representation, budget permitting, to women survivors of gender-based violence and was recently the recipient of R100,000 from Diageo South Africa, the makers of leading spirits brands in the country.

The family of Tinyiko Ngobeni, who was murdered by her then boyfriend in 2016, said they will finally get to sleep peacefully after the man was found ...
News
1 year ago

"Due to funding constraints, we cannot provide free legal representation to every women that comes to our offices, so for those ones we offer legal advice and support but they have to go through it on their own," she said.

The visible policing unit's Lt-Col Tshekiso Mofokeng conceded that police cannot work alone in tackling the issues that have been raised and said they have improved their approach to assisting victims of sexual and gender-based violence at police stations.

He added that victims of crime were no longer required to register cases in the area where crimes were committed but should do so at the nearest police station.

"Because of this, we have piloted a floor management system that has been piloted in 40 police stations in Gauteng, to limit the potential of secondary trauma. We have trained officers to approach victims of crimes so that they can identify victims of sexual assault and direct them to a safer environment within the station," Mofokeng said.

He urged communities to report officers who treat victims with insensitivity.

Advocate Pule Mathaha from the National Prosecuting Authority said cases were won and lost based on the weight contained in the statements provided to them.

"In some cases you know that someone has been raped just from their statements, but we do not have enough evidence to win a case. Some cases can be proven by one statement, some with DNA evidence and some require a long list of witnesses," Mathaha said.

The brutal killing of Precious Ramabulana, a 21-year-old student at Capricorn TVET College in Limpopo, brings to the fore how the criminal justice ...
Opinion
1 year ago

The dark veil of corruption is still hanging over SA, shattering public confidence in the country's leaders.
News
1 year ago

A 31-year-old man who was found guilty on 54 charges - including rape, kidnapping and assault - was slapped with 13 life sentences, plus 185 years' ...
News
1 year ago
Next Article