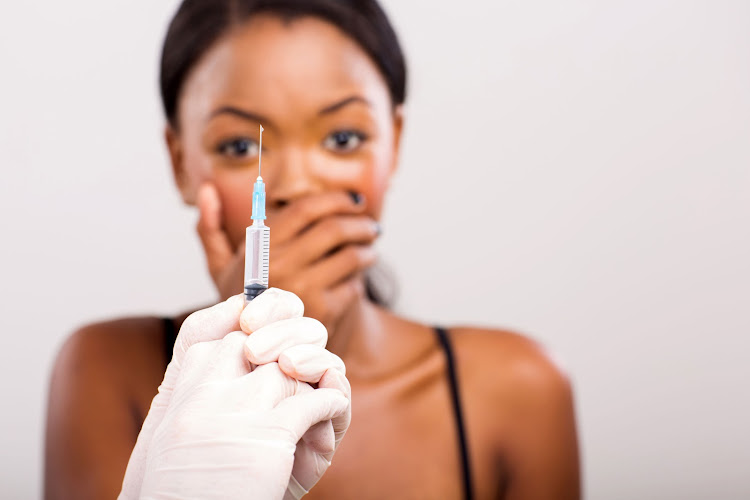 Two suspects were expected to appear in the Belville magistrate's court on Friday after prohibited skin lightening creams and unregistered and registered medicines were seized in Cape Town. Stock photo.
Image: 123RF/michaeljung

The South African Health Products Regulatory Authority (SAHPRA) worked in conjunction with the defence Force, police, the Hawks, metro police, department of home affairs, department of transport and Adams & Adams law firm to carry out the bust on Thursday.

Two cases were opened and two suspects were arrested and charged with contravening the Medicines and Related Substances Act as well as the Foodstuffs, Cosmetic and Disinfectants Act.

The two are expected to appear in the Belville magistrate's court on Friday.

Acting SAHPR chief executive Portia Nkambule said in a statement the organisation was "committed to protecting the health and wellbeing of all who live in South Africa".

"These acts are indicative of unscrupulous conduct by some individuals and SAHPRA will work with law enforcement agencies to curb such practices.”

SAHPRA is tasked with regulating, monitoring, evaluating, investigating, inspecting and registering all health products and clinical trials in the country.

Police confiscated "counterfeit" goods worth more than R14.2m from the China Multiplex storage facility in Johannesburg at the weekend
News
2 years ago

Zozibini Tunzi wears her crown the way nature made her, writes Nomkhitha Gysman
Opinion
2 years ago
Next Article