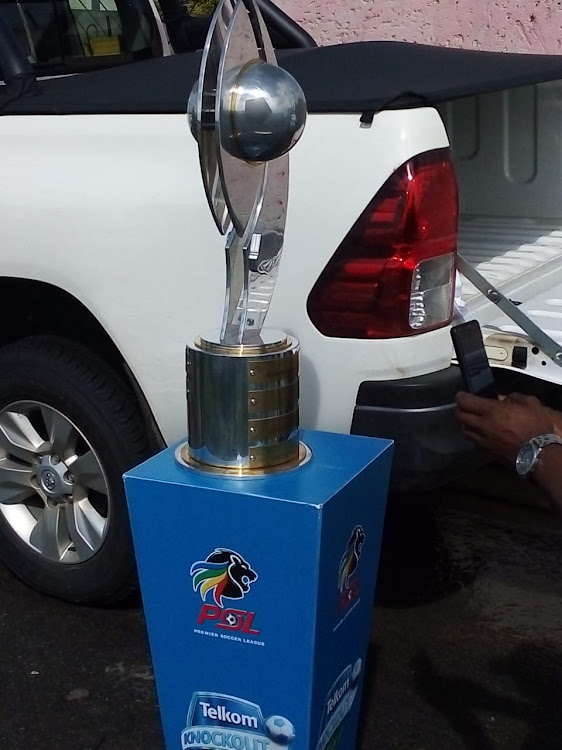 KwaZulu-Natal police have recovered a stolen car with a Telkom Knockout replica trophy and 49 tickets to this weekend's game.

According to police, the men stole a Toyota Quantum in the early hours of Friday morning.

“Police were immediately alerted and the provincial vehicle task team, as well as a tracking company, responded swiftly to the report of robbery. The police officers gave chase and the vehicle was found abandoned at D Section in Lindelani,” said police spokesperson Brig Jay Naicker.

When police approached the car, they discovered the trophy and tickets to this weekend's Telkom Knockout soccer final between Maritzburg United and Mamelodi Sundowns at Durban's Moses Mabhida Stadium.

“Officials at Telkom have confirmed that the trophy is a replica used for promoting the event. A case of robbery is being investigated by Berea SAPS,” said Naicker.

Mamelodi Sundowns will bring out the heavy artillery for the Telkom Knockout final, with Gaston Sirino set to make his return for the clash.
Sport
2 years ago
Next Article