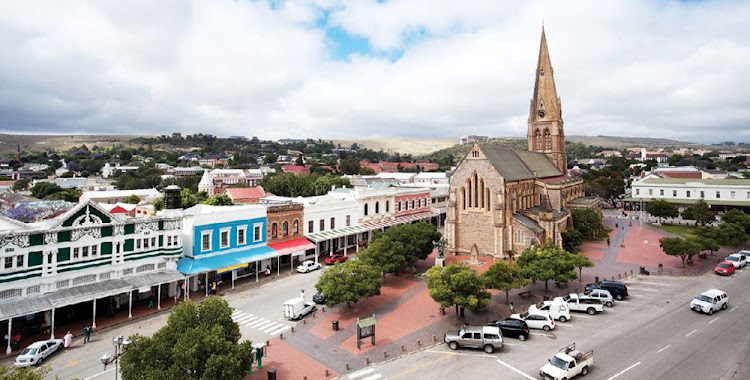 A court application to set aside art and  culture minister Nathi Mthethwa’s decision to change the name of Grahamstown to Makhanda has failed.

Makhanda will remain the official name of the small Eastern Cape city.

Judge Murray Lowe found on Tuesday that Mthethwa and the provincial and national geographic name change councils had acted in strict accordance with all consultative and other requirements before deciding to change the name.

City resident Sigidla Ndumo had challenged Mthethwa’s decision to follow the SA Geographic Names’ Council’s recommendation to rename Grahamstown to Makhanda on the basis that no proper consultative process was followed and that the recommendation made to the minister was therefore improper.

Mthethwa’s decision on the basis of the recommendation was therefore also unreasonable and should be set aside.

But Lowe said an adequate consultation process had been followed. He said the Grahamstown lobby group’s decision not to participate in this process did not render it inadequate.

The group had participated extensively in an earlier consultative process, which ran between 2007 and 2015 and which had led to no recommendation or decision being taken.

It contended that the minister had not had any regard to this earlier process but only to the single consultative meeting held in 2016 in a second name-change process initiated at the time.

Lowe did not agree. He said the earlier process was an entirely separate process which had led to a dead end and the minister was not obliged to have any regard to it.

He said there was “clearly adequate/proper consultation” as envisaged by the Names Act in the second process.

Ndumo had also complained that in June 2018, when the minister gazetted the name change, he had failed to inform the public of its right to tender objections within 30 days and that this irregularity affected his decision.

But Lowe found it had no real effect on the substance of the decision and no influence on the outcome.

The Grahamstown lobby group had in any event lodged its objections and the minister had adequate regard to these objections before confirming his decision.

Lowe also rejected an argument that the minister had made his decision on the basis of the name Grahamstown being offensive when the original complaint leading to the entire process had been on the basis of “historical context”.

“I do not see that the fact that the minister’s recommendation of the name change justification was that this replaced a name which epitomises brutal colonial subjugation with one that epitomises redress and restoration of human dignity, is in any way a reviewable irregularity based on offensiveness and not historical reasons as is contended.

“This is far too narrow a view of what the minister was obliged to consider.”

Ndumo’s attorney, Brin Brody, said they would analyse the judgment before considering whether to appeal it.

“The significance of the change of the name to Makhanda is in recognition of this great hero and his prophetic promise to return, and the upholding of this name change is of a magnitude almost impossible to adequately capture in words.”

“I have always maintained that the changing of the name to Makhanda was done procedurally and lawfully. I could not be prouder at this moment to declare once more that ‘UNxele ubuyile!’ (Nxele is back),” Mthethwa said.

“This name change now forms part of writing a history that was subject to erasure, and this history will once more find expression through transforming the heritage landscape to embed it in the nation’s collective memory.

“This is of utmost importance in validating our people’s humanity, and to validate theirs and their predecessors and ancestors’ identities and experiences,” he said.

The minister said the changing of geographical names is people-driven, adding that it starts at local government level, moving upwards.

Depending on applications from the public and municipalities, the ministry together with the South African Geographical Names Council would approve or reject the name change.