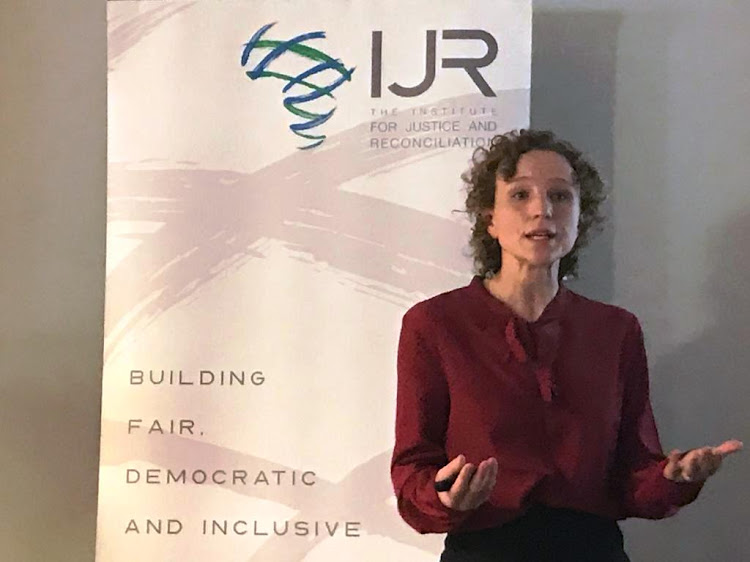 Lead researcher Elnari Potgieter says the overall strengths of the barometer are that reconciliation and unity are wanted and are seen by many as possible, and about 80% of South Africans believe in a common identity.
Image: Tanya Farber

The dark veil of corruption is still hanging over SA, shattering public confidence in the country's leaders.

This emerged in the 2019 Reconciliation Barometer, launched in Cape Town on Thursday by the Institute for Justice and Reconciliation.

According to lead researcher Elnari Potgieter, 84.4% of South Africans say reconciliation is impossible as long as corruption continues. 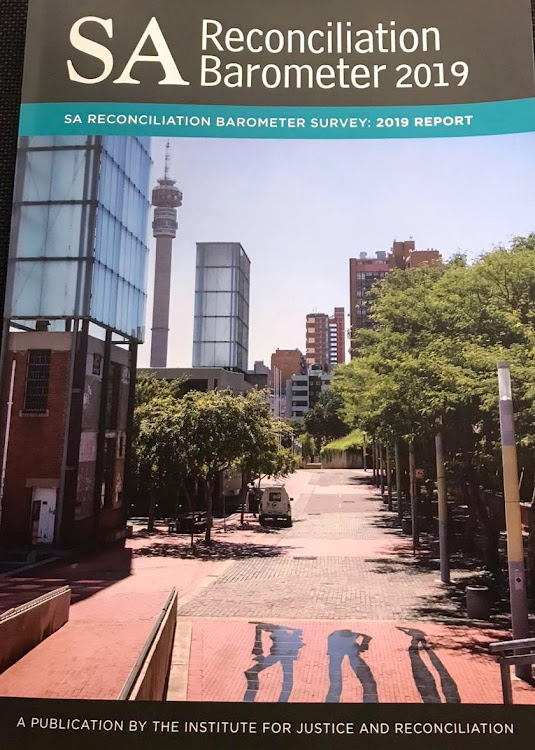 The 2019 edition of the SA Reconciliation Barometer.
Image: Tanya Farber

Potgieter said breaking reconciliation down into different components highlighted the fact that “if there are different ways we can work towards it, it feels a little less overwhelming”.

The barometer is based on a survey of 2,400 people who answered questions on a voluntary and face-to-face basis, and the sample was nationally representative of the adult population.

The research found a big gap between those who see reconciliation as necessary (77%), and those who feel they have experienced it (51%).

According to institute director Stanley Henkeman, “only 51.1% say they have experienced reconciliation, so we must remember that the report is generally positive, but in relation to what? When we talk about progress and confidence levels, we have to compare apples with apples.”

He said that from 2006 to today, “it has been a big backwards step and those are the things we have to interrogate lest we create false positive stories. Confidence levels are still very low.

"What is very clear is that from an aspirational perspective, South Africans want to be where we think we should be. But in reality, we are not.”

The report found that half of South Africans feel corruption has worsened since 1994, just under a third feel race relations have changed and 40% think that inequality is worse than before democracy arrived.

Prof Govendor: Radical reformers (5% of adults) are a distinct group with the lowest sense of national identity, and strongest group identity. Least likely to perceive improvement since 1994, or in reconciliation. Least likely to adhere to rule of law. #SARBSurvey2019 @_IJR_ pic.twitter.com/5mxgHiXcc1

Dr Abraham Soroti, Director of Social Cohesion from the Department of Arts & Culture responds to #SARBSurvey2019, suggests racial categories in themselves aren’t problem. Rather, it’s what they mean in terms of access to power and privilege @_IJR_ pic.twitter.com/ZeIWzsr4Se

Another sphere of worry is around safety. Only three in 10 feel safety has improved. Half of  respondents feel unsafe in public recreational places and almost as many on public transport, while 42% don’t feel safe in their neighbourhood and 35% don’t feel safe at home.

Potgieter said the overall strengths of the barometer are that reconciliation and unity are wanted and are seen by many as possible, and about 80% of South Africans believe in a common identity.

The major challenges are with regard to confidence in institutions, the legacies of apartheid and colonialism, and issues around interpersonal relations (particularly xenophobia and race relations).

Gender-based violence still poses a major threat to confidence in safety and peace.