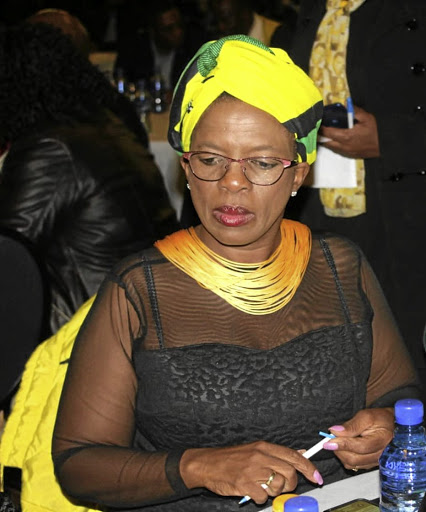 ANC's Nonceba Molwele is the newly elected speaker of the City of Johannesburg.
Image: Twitter

ANC's Nonceba Molwele was elected the speaker of Johannesburg yesterday with the help of two DA councillors who defied party orders not to attend the sitting.

Molwele, whose election was unopposed, takes over from Vasco da Gama, who was ousted in a motion of no confidence vote last week.

The DA had instructed all its 103 councillors not to attend the City of Johannesburg council meeting as it was deemed illegal; but two of its councillors defied this order and attended the sitting, a decision the party's provincial chairperson Mike Moriarty is unhappy with.

A similar incident happened last week when Geoff Makhubo was elected mayor of the city, where three DA councillors broke ranks by voting for him and not their party's mayoral candidate Funzi Ngobeni.

Moriarty said the councillors would "face consequences" for defying the party.

Nonceba Molwele has been elected unopposed as the new speaker of the City of Johannesburg.
News
2 years ago

"As such, we are considering our options and are obtaining advice. We want to make one thing clear... we have no difficulty in taking up seats in opposition benches.

"However, two DA councillors defied the caucus whip and will thus face the consequences," Moriarty said.

ANC's regional secretary Dada Morero said the DA's decision not to attend the council was a sad attempt to hold on to power.

"Despite the DA's theatrics and desperate attempts to illegitimately hold on to power, democracy prevailed and a new speaker elected," Morero said. "It is saddening, though not surprising, that the party chose to play politics, with complete disregard for both their voters and the residents of Johannesburg."

As it stands, the ANC is now back in full control of the City of Johannesburg metropolitan after losing it to a DA coalition with the EFF three years ago.

The party is also likely to win back Tshwane with the help of the EFF should their negotiations yield positive results.

ANC secretary-general Ace Magashule confirmed at a press briefing at Luthuli House yesterday that the party was having discussions with other parties on the governance of Tshwane.

Standoff might end up in court.
News
2 years ago

The IFP has been handsomely rewarded for supporting the ANC and allowing it to regain control of the City of Johannesburg.
News
2 years ago
Next Article