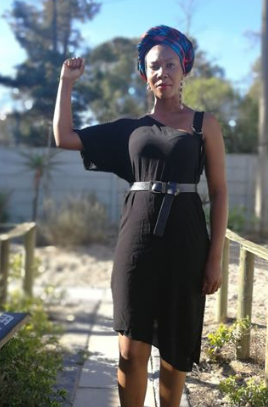 Stellenbosch University has expressed concern over one of its students who reportedly went missing last week.

The institution has taken to its social media pages to seek help in finding  student Asanele Same.

"We are greatly concerned about MSc student Asanele Same, who has been reported as missing at the police," said the university. "According to social media posts, she was last seen on Friday December 6."

Posts by her friends on social media suggest that Same was last seen at the university around 1.45am on Friday morning, adding that her room is locked.

"We cannot get hold of her. Her phone has been off and we cannot seem to figure out what happened to her," she said.

"We have gotten hold of footage which shows that she left campus in the early hours of the morning. The strange thing is the clothes she was seen wearing on the footage were found in her room, which means she did reach her room that morning."

Makhanda added that the family is distraught but holding on to hope that she will be found unharmed.

Western Cape police confirmed that a missing person's case has been opened.

"The search for the missing Asanele Same of Suurbessie Road, Idas Valley, continues. She was reported as missing by her brother at Stellenbosch SAPS on Monday night," said Capt FC van Wyk.

"According to reports, she was last seen at the University of Stellenbosch campus on Friday December 6 at 1.42am.

"Anyone with any information about her whereabouts is kindly requested to contact Crime Stop on 0860010111 or the investigating officer Detective Captain Nicolas at 0825594646."

"We call on anyone who has more information to please contact Stellenbosch SAPS at 0218095015," added the university.

The man arrested for the rape and murder of 19-year-old UCT student Uyinene Mrwetyana has been summarily dismissed from the Post Office.
News
2 years ago
Next Article