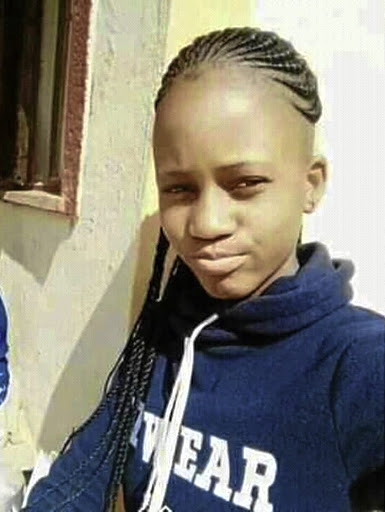 Grade 11 pupil Manikie Tsheoga was kidnapped on her way to writing exams.

It's almost a month since a 17-year-old Limpopo pupil who hitched a hike on her way to school was kidnapped and has not been found.

Manikie Tsheoga, a grade 11 pupil at Lepelle High School in Tsantsabela village near Marble Hall, left home clad in school uniform along with with her younger sister Rancia aged 15 to write final year exams but the two didn't arrive at the school.

Police spokesperson Brig Motlafela Mojapelo said Manikie was with her younger sister when they were allegedly kidnapped by an unknown man driving a silver grey BMW on November 12. He said the younger sister was later dropped off at another village.

The family is now pleading for help to locate Manikie.

Her aunt Florence Chauke said the family is holding on to prayers for her safe return.

"Since she was kidnapped we have been going up an down looking for her without success," Chauke said.

"We have been to Zebediela and Mafefe after we received tip-offs that they saw her in those areas. But when we got there it was not her. Can you imagine the pain, stress and sleepless nights we go through on a daily basis.

"It is difficult for us to live a normal life because we don't know whether she is alive or dead. All we want is to find her alive but even if she is dead can we find her remains?

"At the moment we don't know if she has eaten or she has roof over her head in this rainy weather."

A 20-year-old Khayelitsha woman, who was raped while taking a nap at a friend’s house last month, says she’s losing faith in the justice system.
News
2 years ago

Two children, aged five and six when they were kidnapped and raped, have helped convict their attacker
News
2 years ago

The aunt said Manikie would have contacted the family by now if everything was fine wherever she is.

Mojapelo said the suspect allegedly drove and stopped at a secluded spot.

"He then produced a firearm, tied both girls and used his jacket to cover their faces. The suspect thereafter drove to an unidentified location, forced the 17-year-old girl out of the vehicle and proceeded to lock her up in the house."

"He then drove away with the victim's 15-year-old sister and dropped her off at GaMolapo village outside Zebediela.

"The little girl was then untied by the suspect who thereafter gave her money for transport back home."

Mojapelo said the search operation for Manikie is still under way.

"At the time of her disappearance, the victim was wearing a sky blue shirt and grey school skirt. Two counts of kidnapping were opened for investigation."