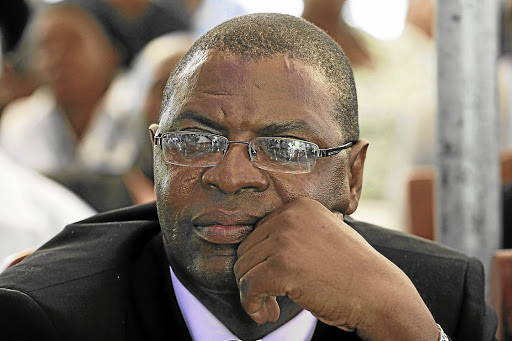 Mphoko is suing Ncube for allegedly “neglecting” to transfer more than $1.4m (R20.7m), part of an amount awarded to Mphoko and his son Siqokoqela after a protracted ownership battle for retailer Choppies Enterprises Ltd.

He and his son sold their shares in the supermarket giant’s Zimbabwean entity, allegedly for $2.9m (R43m), in a deal finalised in January this year.

Zimbabwe's former leader Robert Mugabe, who died in September, left $10 million and some properties in the capital, but no will naming his ...
News
1 year ago

SowetanLIVE's sister publication Business Day reported that the dispute arose when the Mphokos and Choppies - which operates 212 stores in SA, Botswana, Zambia, Kenya, Mozambique and Zimbabwe - fell out over the size of their holding in Nanavac Investments, a Choppies subsidiary in Zimbabwe.

The Mphokos claimed they were 51% shareholders, but Choppies said they had only a 7% stake. The matter was taken to the Zimbabwean high court but was resolved out of court.

"Despite demand, the defendant [Ncube] has failed, neglected and/or refused to pay the aforesaid balances of $832,500 [R12.3m] to the first plaintiff [Phelekezela Mphoko] and $619,708.50 [R9.2m] for the second plaintiff [Siqokoqela Mphoko]," reads the summons.

Ncube is yet to respond to the summons, which also demands that he pays "5% [interest] per annum from January 16 2019 to the date of payment in full."

South Africa's border posts at Lebombo and Oshoek will operate for 24 hours a day over key periods of the festive season to facilitate travel to and ...
News
1 year ago

Zimbabwean authorities have intercepted a poaching syndicate which was trying to sell a lion’s head to a tourist in Victoria Falls.
News
1 year ago
Next Article