Cyril Ramaphosa admits to visiting Medupi only once, and Mzansi has questions 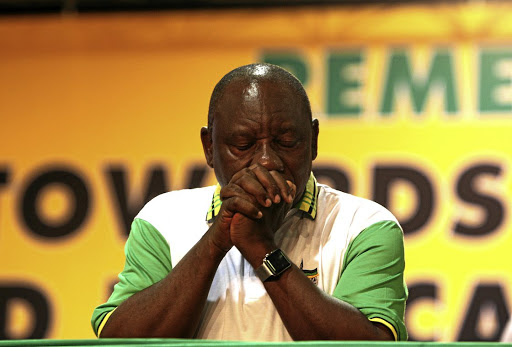 President Cyril Ramaphosa has come under fire after admitting he visited the Medupi Power Station for the first time two weeks ago.
Image: Simphiwe Nkwali

This week's edition of President Cyril Ramaphosa's weekly newsletter to the nation hasn't received the best reception as the country endures another round of power cuts due to Eskom's problems with electricity generation.

In it, Ramaphosa said when he visited Medupi power station for the first time two weeks ago, he was struck by how huge it is and called it “a fitting symbol of the importance of our state-owned enterprises”.

“Despite the depth of current challenges, none of our SOEs is lost. They can all be saved. But it will take extraordinary effort and, in some cases, tough decisions,” said Ramaphosa.

“Although many of these companies are deeply in debt, they remain valuable state assets with immense capacity. We will not allow any of these strategic entities to fail,” said Ramaphosa.

Eskom has announced unprecedented stage 6 load-shedding from 6pm on Monday.
News
2 years ago

Taking to social media, many reacted to Ramaphosa admitting it was his first visit to the power station.

They questioned why he had not visited before, when he was the deputy president or appointed by former president Jacob Zuma to oversee the turnaround of the power utility in 2014.

SowetanLIVE sister publication TimesLIVE reported that Ramaphosa was given the task by  Zuma at the height of load shedding.

Here is a snapshot of some reactions:

"It was not easy from day one as we had lots of challenges and they had to be managed otherwise failure was going to be a disgrace for the future of ...
News
2 years ago

Eskom’s unprecedented cut of 6,000MW from the country's power grid has forced at least three mining companies to stop operations
News
2 years ago

Stages 6 to 8 load-shedding: What it means and how it affects you

Eskom implemented stage 6 load-shedding for the first time in history on Monday and has announced that it has started planning for stages 7 and 8.
News
2 years ago
Next Article