Image: 123RF/Dmitry Bruskov Flooding around a hotel in Centurion has left patrons and motorists stranded.

More than 30 people were stranded at the Centurion Hotel on Monday afternoon because of flooding in the area, Tshwane emergency services said.

EMS spokesperson Charles Mabaso said 35 stranded people had been moved to higher floors of the hotel.

“I can confirm that we have also learnt of an evacuation taking place at the hotel. Earlier when we spoke to management they had moved to the upper floors. The flooding is at the ground floor,” he said. 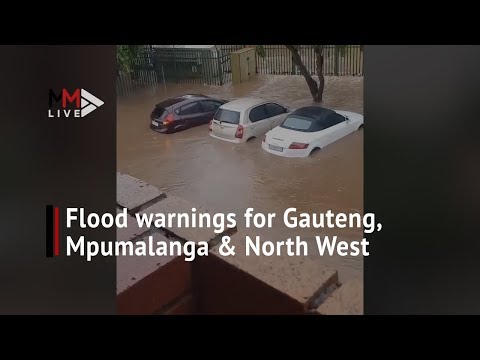 Meanwhile, several shacks at an informal settlement in Eerste Fabrieke, Mamelodi, have been swept away.

"We got a number of shack dwellers trapped there because of the high levels of water. A number of them are on rooftops, but we have emergency services and water technicians there," said Mabaso.

"Earlier we had reports that two children had been swept away by the water in that area, but it is not yet confirmed."

Displaced shack dwellers would be given alternative accommodation at Mamelodi Hall, he added.

"We had to rescue people from a bridge there."

Twitter users have posted the extent of the flooding.

Yet another reminder that too much of the everything is bad.
Flooding in Centurion #centurionfloods pic.twitter.com/hvNXOh1oOt

I had to take a detour on my way to work today. I must say though that I’ve developed a whole new respect for @audisouthafrica because this machine is insanely stable! #Pretoria #centurionfloods #MamelodiFlood pic.twitter.com/GQLjBWIYqH