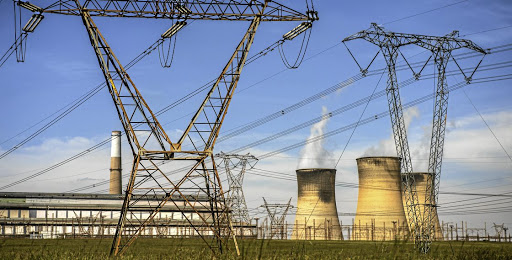 Burning diesel to maintain electricity supply is used by Eskom as a last resort as it is a very expensive option./ Waldo Swiegers/ Bloomberg via Getty Images

Brace yourself for another week of intermittent power cuts as Eskom struggles to generate enough electricity.

The power utility confirmed to Sowetan yesterday that it has already started increasing its diesel stock in preparation for high power demand this week, which may compel it to use its diesel-operated open gas turbines. In its reply to Sowetan, Eskom indicated that despite not having burnt diesel during load-shedding over the past few days, it remained an option due to limited capacity. "We have augmented our emergency resources, diesel in particular, over the weekend to be ready for the week ahead," Eskom said.

Burning diesel is used by Eskom as a last resort as it is a very expensive option.

Since Thursday, South Africans have endured load-shedding as Eskom had too many units off-line due to breakdowns.

Yesterday, stage 2 load-shedding was implemented in the morning to allow the power utility to replenish water reserves at its pumped storage scheme.

Eskom announced on Thursday that it would implement stage 2 load-shedding from 4pm until 11pm.
News
2 years ago

"We continue to ask customers to reduce demand as a concerted collective effort can help to avoid or lessen the level of load-shedding. As we are experiencing rainy and cooler weather conditions in some parts of the country, we ask that you use efficient heating to keep warm and switch off your geysers over peak periods," Eskom said in a statement.

Load-shedding has been used for years when the grid is under pressure and the reserve margin begins to deplete. Among the reasons given by the company is ailing infrastructure, bad design on new capital projects that are supposed to give additional capacity and a lack of maintenance on existing generating capacity.

The shedding of power could not have come at a worse time for the economy. Last week, Statistics SA announced that the economy shrunk by 0.6% in the third quarter of 2019.

The loss of power has a direct negative impact on both large and small businesses. The government has already announced its plans to unbundle Eskom into three entities in order to bring efficiencies. The three entities will be generation, transmission and distribution.

Eskom currently has debt of over R400bn and has been flagged by rating agencies as a threat to the economy.

Despite all the problems, the government has committed itself to making sure that Eskom does not fail.

Eskom announced on Thursday that it would implement stage 2 load-shedding from 4pm until 11pm.
News
2 years ago

South Africans can brace themselves for stage 1 load-shedding on Friday, Eskom’s acting CEO Jabu Mabuza said on Thursday.
News
2 years ago
Next Article