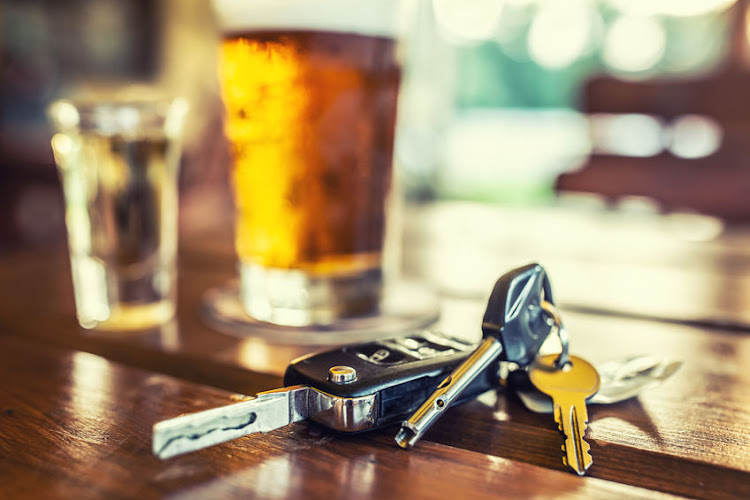 More than 40 people were arrested for allegedly driving under the influence over the weekend in Gauteng. Stock photo.
Image: 123RF/Marian Vejcik

A 39-year-old South African actress was one of around 40 motorists arrested for allegedly driving while under the influence of alcohol at the weekend in Gauteng.

The arrests were made as police intensified their safer festive season operations.

Spokesperson Brig Mathapelo Peters said despite warnings about drinking and driving, “more people are found behind the steering wheel, driving while under the influence of either alcohol or other substances”.

He confirmed that one of those arrested was a "South African actress".

In a separate incident, five suspects were arrested and three unlicensed firearms seized after a robbery at a fast-food restaurant in Honeydew, west of Johannesburg.

Suspects entered the restaurant on Saturday night and took an undisclosed amount of cash and cellular phones. They were cornered in Roodepoort and allegedly started shooting at police.

Two suspects were shot and injured while the other three were arrested with no injuries.

In Johannesburg and the West Rand, police arrested 262 suspects for crimes ranging from rape, possession of stolen property, house robbery, possession of unlicensed firearms and possession of drugs to driving while under the influence of alcohol.