Unions call for probe into deaths of four Orkney mineworkers 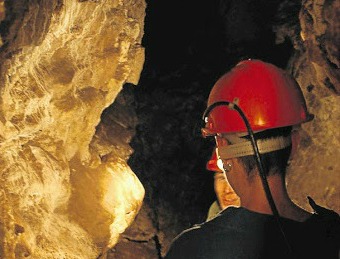 Mineworkers from the Tau Lekoa mine in Orkney who found themselves trapped underground after a rockfall on Friday have died.
Image: File photo / James Francis

Four mineworkers who found themselves trapped underground after a rockfall at the Tau Lekoa mine in Orkney, North West, have all died, the mine's owner said on Sunday.

In a statement, Village Main Reef confirmed that rescue workers were still working on bringing the fourth body to the surface.

“Village Main Reef Ltd (VMR) is sad to report that rescue workers this morning reached and are now recovering the body of the remaining worker trapped in a fall of rock underground following two seismic events at the company’s Tau Lekoa gold mine near Orkney in North West province on Friday,” said spokesperson James Duncan.

“VMR’s board and management extend their deepest condolences to their families, friends and colleagues,” Duncan added.

The mine named the four deceased as Xolani Meva, Lungile Nyawose, Katleho Nthibane and Karabo Mabuthile.

It has been revealed that the last time there was communication with the workers was late Friday afternoon.
News
2 years ago

Three of the victims had extensive experience, with over a decade of service.

Meva, originally from Elliotdale, was 42 years old and had 11 years' service as a driller.

Thirty-two-year-old Nyawose was from Lusikisiki and also had 11 years' experience as a driller.

Nthibane, aged 47, was from Bloemfontein and was a team leader with 18 years’ mining service.

Thirty-five-year old Mabuthile was from Fochville and had the least experience of the four. He was driller with two years’ service.

The National Union of Mineworkers and the SA National Civic Organisation (Sanco) called for an extensive probe into the four mineworkers' deaths.

We urge authorities to impose hefty fines including stiff punishment to mining companies for non-compliance with occupational health and safety standards.

According to Sanco and the National Union of Mineworkers, the miners were attempting to excavate a mining pillar when the rockfall occurred.

Duncan earlier refused to comment on allegations that a dangerous attempt to mine natural support pillars had led to the rockfall.

He said the company would not comment on such allegations until a full investigation had taken place to determine the cause of the collapse.

The department of mineral resources had deployed its officials to the mine on Saturday, saying that five people were initially trapped underground.

One was rescued on Friday.

Duncan said the worker remained in hospital and was “in a stable condition”.

VMR CEO Owen O’Brien thanked those who had assisted in the rescue operations.

SowetanLIVE on Saturday reported how mineworkers had tried to burrow their way through the mine in a bid to free their trapped colleagues.

This was not the first time that an incident of this nature had been reported at the mine.

A similar incident was reported in 2017  when four mineworkers were also killed.