School break-ins down as 'mastermind' in police custody 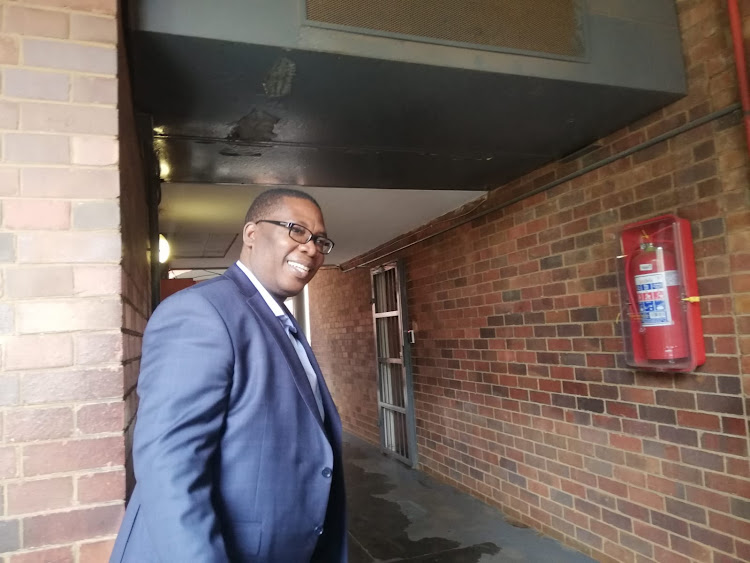 Gauteng education MEC Panyaza Lesufi is confident his department has a strong case against a man who allegedly burgled 56 schools.
Image: Nonkululeko Njilo

Gauteng education MEC Panyaza Lesufi is confident his department has a strong case against a man allegedly involved in the burglary of 56 schools.

He was speaking at the Protea magistrate's court where he briefly attended the appearance of Johannes Luis Khumalo.

“We are just thrilled that since the arrest, break-ins at our schools went drastically down. We are left with one or two copycats that are still out there, but it's quite clear ...  the mastermind is behind bars,” alleged Lesufi.

Khumalo, 48, was scheduled to go on trial but there was a delay after the prosecution said he had been linked to other cases outside the province.

The matter was postponed until January 27 2020 to allow the director of public prosecutions to make a decision on how to proceed and an application to centralise the dockets.

Trial of man linked to string of school burglaries postponed

A 48-year-old man linked to a string of burglary cases at Gauteng schools, as well as a murder, was remanded in custody until next year.
News
1 year ago

Lesufi was concerned that Khumalo would be released from custody.

A charge sheet seen by SowetanLIVE's sister publication TimesLIVE indicates that he was arrested in 2013 after a school was robbed of equipment worth about R45,000 but he was later released.

A warrant for his arrest was issued after he missed a court appearance while seeing a  traditional healer in Maputo.

Khumalo was remanded in custody until his trial in 2020.

Lesufi said, “We remain hopeful that we have a solid case.”

'Schools are hunting grounds for criminals' - R500,000 worth of items stolen in Tembisa

The Gauteng education department is appealing to the community of Tembisa to help identify criminals who robbed the Khulasizwe Primary School of ...
News
2 years ago

Police are investigating the theft of more than R3m worth of school equipment from Esithebeni Primary School in Zola, Soweto, on Friday.
News
2 years ago
Next Article