Premier horrified by boyfriend who hacked off schoolteacher's arm 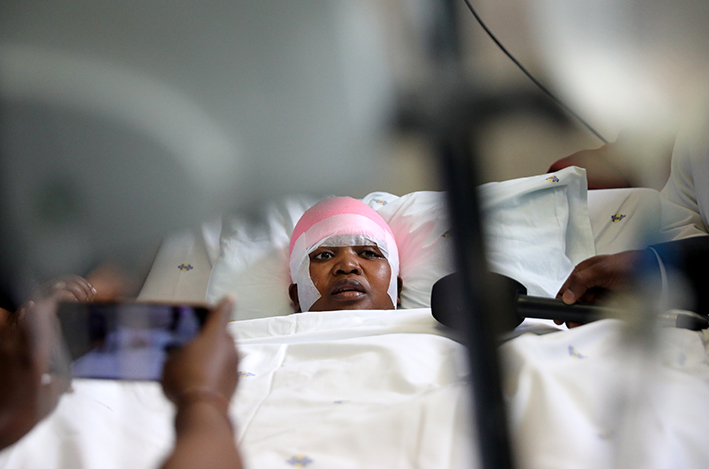 Acting premier of KwaZulu-Natal Ravi Pillay has condemned the brutal attack on a 35-year-old woman whose one arm was hacked off and the other almost severed allegedly by her boyfriend with a machete.

The gruesome attack was witnessed by her two-year-old child.

Pillay visited the schoolteacher at a private hospital in Durban on Thursday where she is being treated for multiple wounds.

Pillay's office said in a statement that apart from having her left arm completely severed, she also suffered deep cuts that left her right arm hanging by a piece of tissue. There were eight wounds on her head, one of which fractured her skull.

“We are grateful that she is alive and I want to thank the medical team for some excellent work. From my observation it required very quick and skilful action to save the one hand but it does not take away the absolute horror of the attack,” said Pillay.

“This is another case of brutal violence against women — we have to condemn it unreservedly. We clearly need to intensify the campaign. Yes it is still the 16 Days of Activism for No Violence against Women and Children but as our own articulation says it has to be 365 days and more.”

Social workers from the department of social development have been sent to offer support and counselling to her three children.

“We need to care for her now. There are three children ... In fact, when I asked her what we could do to help that was her first concern and we will do whatever we can to extend that support to her,” he said.

“We urge those who are within the close circles of victims to speak out early and end domestic silence. Enough is enough. Let's end abuse of women and children.”

A 35-year-old KwaZulu-Natal teacher and mother of three has spoken out following a gruesome and vile attack in which her partner nearly severed both ...
News
2 years ago

An 18-year-old from Ramosadi village, outside Mahikeng in the North West, was brutally murdered on Sunday.
News
2 years ago
Next Article