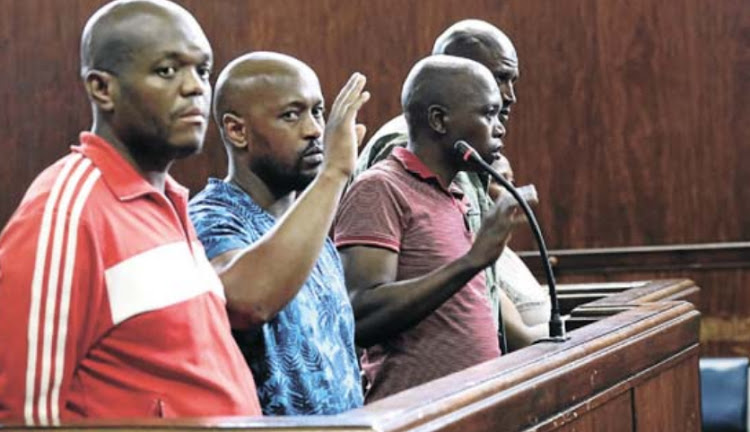 Police have re-arrested three of the nine prisoners who had escaped from the Springs Magistrates court on Wednesday afternoon.

Police spokesperson Brigadier Mathapelo Peters said the three were arrested in the early hours of Thursday morning while six others are still on the run.

The three prisoners Sibande Xulu,Clayton Booysen and Anock Nyiranda are facing charges of housebreaking, theft, possession of drugs and being in the country illegally.

Peters said the search for the other six still continues. “Four amongst the six are murder accused Phumlani Tshabalala, Mzwanele Mbatha, Mduduzi Sithole and Mbongiseni Langa who are facing multiple murder charges including being alleged hit men in the murder case of Sibusiso Mthombothi who was gunned down in March.

The four were allegedly hired by Mthombothi’s wife Nonhlanhla Matiwane who is also in custody and awaiting trial which is set to take place in January 2020.

“Police are prioritising the apprehension of the four murder suspects considered to be very dangerous and possibly armed,” said Peters.

She said the three arrested prisoners will now face additional charges of escaping from custody.