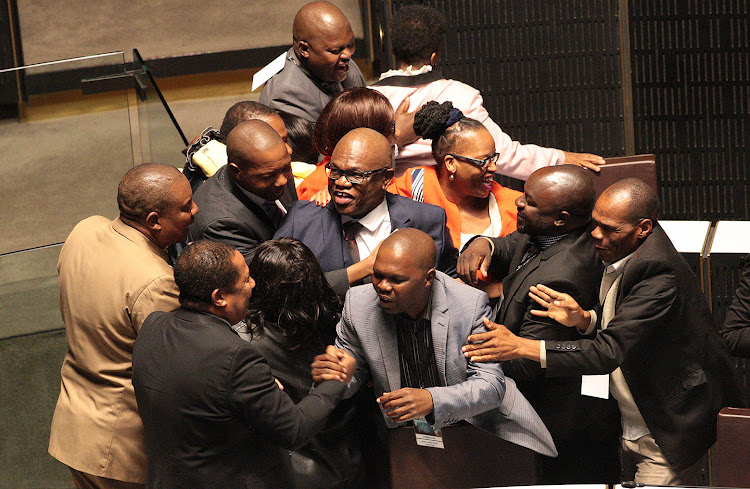 Not a day after being elected as Johannesburg mayor, the ANC's Geoff Makhubo confirmed he was forming coalitions with smaller parties in the council.

Speaking at a press briefing in Johannesburg on Thursday, Makhubo said the ANC would also meet leaders of the DA and EFF to discuss “how we can work together”.

Makhubo thanked the African Independent Congress (AIC), Cope, the IFP and the Patriotic Alliance (PA) for their support in having him elected. He said they would now discuss the allocation of management positions in the city.

“We are going into formal coalitions with the parties. We are negotiating at the moment about who will lead what. We will be an all-encompassing government, not a government of the DA,” he said.

Makhubo also made a variety of promises to residents and blamed the previous administration for the city's current problems.

“The challenges we face as the city are many and are varied. The city’s finances are not in a good shape. City Power is sitting at R3.1bn in deficit ... and there is a call by service providers that they have not been paid on time. We are worried that this may result in the financial collapse of this great city called Johannesburg.

“The city, in the words of the auditor-general, is one of the worst culprits in the spectrum of financial mismanagement.”

He said the ANC government would focus on service delivery.

The City of Johannesburg has a new mayor. Geoff Makhubo was elected mayor yesterday, surprisingly during the first round of voting.
Opinion
2 years ago

“The inner city is not in good shape. There are uncontrolled land invasions, the city has extended a blind eye to townships, our roads are full of dongas, people in the hostels have been neglected, traffic lights aren’t working,” he said.

“As a government led by the ANC, we remain committed to uprooting corruption and malfeasance. We will deal decisively with malfeasance and corruption,” he said.