Fidelity snaps up Bosasa's Krugersdorp HQ for R14m on auction 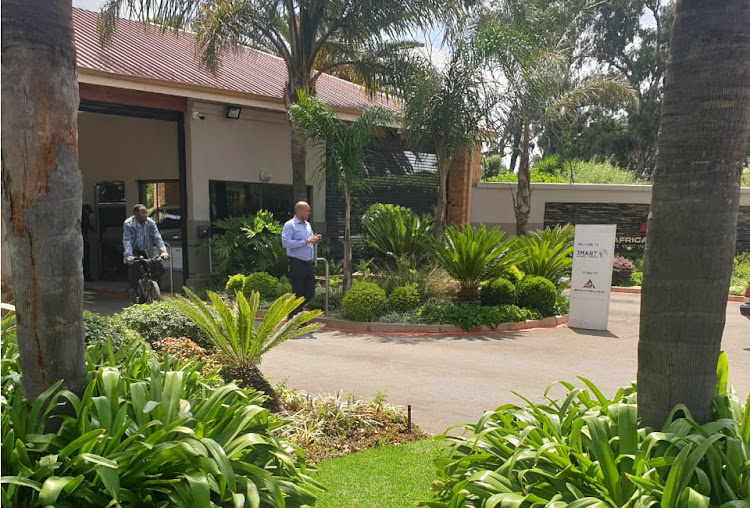 African Global Operations' headquarters were auctioned for R14m on Thursday.

The company, formerly known as Bosasa, is based in Krugersdorp and boasts large, green manicured lawns with an assortment of buildings, including a restaurant, canteen, warehouse and offices.

The property was bought by security service provider Fidelity.

Fidelity CEO Wahl Bartmann spoke to SowetanLIVE's sister publication TimesLIVE on the sidelines of the auction.

“We have huge facilities we can use for the accommodation of our staff,” he said.

“There is a lot of office space and a lot of our businesses and admin people will be moving into this area as soon as possible.”

Baartman said he expected to spend much more than R14m on the property.

The Lindela Repatriation Centre, which houses undocumented migrants pending their deportation, was auctioned for R60m on Thursday.
News
2 years ago

Hundreds of bidders - many from car dealerships and logistic companies - attended the auction of assets belonging to several African Global ...
News
2 years ago

Fidelity was not deterred by the history of the property under Bosasa — which had been tainted by allegations of fraud and corruption related to government tenders.

“We don’t want to be associated with that. It is an asset ... and for us, we will see that we change the branding and everything. Our culture, vision and mission will be on this building and businesses and that is how we will take it forward,” he said.

Another property that went under the hammer on Thursday houses the Lindela Repatriation Centre and youth development centres.

The property it lies on was auctioned for R60m after a fierce and competitive bidding process that started at R30m.

The auctioneer said there were currently two leases totalling about R1m per month on the property. They expire at the end of October 2020.

“I need to make you aware of the fact that [with] the department of public works and infrastructure, there is a confirmation period of 14 days,” the auctioneer clarified before bidding started.

“They are having the first right of refusal in this confirmation period so please bear that in mind. They are here at the auction today,” he added.

This effectively means public works has 14 days to decide if they want to purchase the property instead.

The large property was used as a mining compound before being converted into a youth development and repatriation centre. It has a workshop, a residential development containing nine buildings and a soccer field.

Its buyer was reluctant to speak to the media, revealing only that he had purchased it on behalf of a group of people.

Bosasa was in the spotlight at the commission of inquiry into state capture, where allegations were made that the company benefited from fraudulent tenders worth billions of rand from the state for more than a decade.

Thursday marked the second day of the three-day auction, where assets including passenger and commercial vehicles, a copper plant and various commercial properties are being sold.

Park Village Auctions and Bidders Choice received instructions from the appointed liquidators to dispose of the assets.

The property of African Global Operations (formerly Bosasa) will go under the hammer in a massive three-day auction to take place at Luipaardvlei in ...
News
2 years ago

Corruption accused company African Global Operations, formerly Bosasa, is commercially insolvent and should remain in the hands of its liquidators, ...
News
2 years ago
Next Article