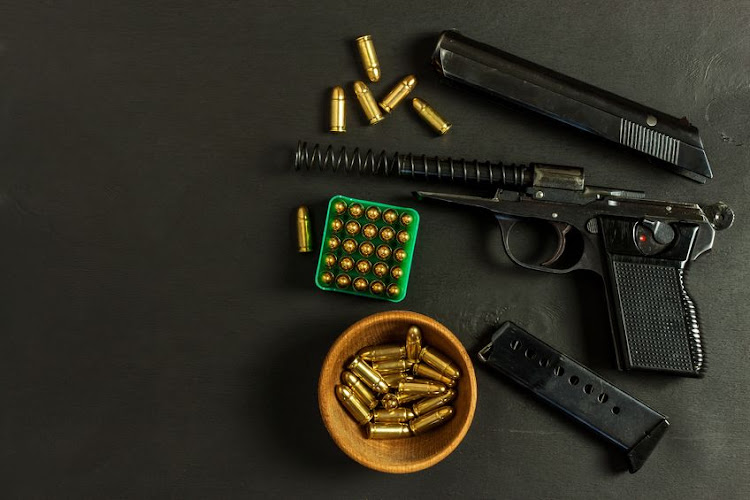 Police have arrested two men in connection with the attack on a Northern Cape police station, where two officers were tied up before the robbers fled with six firearms.
Image: 123RF/martinfredy

Two men are expected to appear in the Barkly West magistrate’s court on Friday in connection with an armed robbery at the Windsorton police station in the Northern Cape in October.

Four men attacked the police station, 60km north of Kimberley, on the night of October 2 and tied up the only two officers at the station, before raiding the safe for firearms. They took four 9mm pistols and two R5 rifles.

“It later transpired that the same group committed another armed robbery at a BP garage in Virginia immediately thereafter, where one victim was wounded after several people were robbed of their personal items,” the Hawks said in a statement.

The two men, aged 30 and 42, were arrested on Wednesday in the Free State and Gauteng respectively, following a Hawks investigation.

The Hawks said the search for more suspects continues.

A manhunt is under way after armed robbers attacked the Windsorton police station in the Northern Cape on Wednesday night, tying up the only two ...
News
2 years ago
Next Article