'She was too trusting': Family clings to hope that baby will be found alive 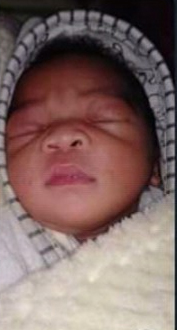 The family of a teenage mother whose newborn baby was “abducted” in Pietermaritzburg is clinging to hope that she will be returned unharmed.

“We consulted a traditional healer, who told us that the child is OK and so we do hope that she will be returned to us,” Sibusiso, a relative, said on Wednesday.

Sibusiso said the mother was distraught. “She is in pain. Even right now, she is sleeping.”

Four-day-old Sthandwa Dlamini was “abducted” last week, shortly after being taken to a local clinic. Her photograph and name have been widely shared by the SA Community Crime Watch group..

“She was at a clinic in Pietermaritzburg, taking her newborn baby girl for a check-up, when she was approached by an unknown woman dressed in a maroon dress. The suspect lured the mother to the shop to buy a certain dress, while asking to hold the baby,” said Mbele.

Mom tricked into handing over newborn baby in Pietermaritzburg

“She asked the mother to stand in the queue to make a payment. The suspect fled the scene with the baby.”

Another relative, Zinhle, said: “The woman had apparently said she works for a company that gives vouchers for nappies and milk for struggling new mothers. She convinced [the mother] to walk back with her to her offices, saying she needed to sign for the voucher. But on their way to the offices, the woman noticed a dress in the window of a shop and said she wanted to buy it.”

The woman picked out the dress and asked the unsuspecting mother to pay for it, while she fled the scene with the infant.

Zinhle said the police had informed them that CCTV footage showed the suspect interacting with other women with children before approaching Sthandwa's mother.

“[She] was too trusting, because the footage shows that she allowed the woman to hold her baby from the time they left the clinic together,” she said.