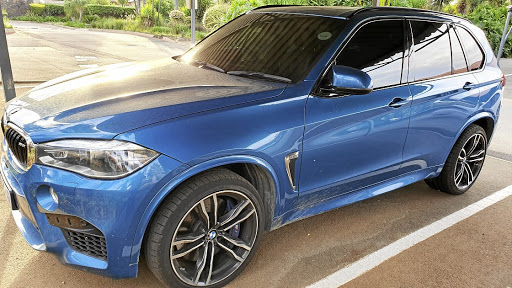 The 2016 BMW X5 with damaged rims and an odometer reading of 53,561km was sold at an auction of Bosasa assets on Wednesday.
Image: Supplied

Hundreds of bidders - many from car dealerships and logistic companies - attended the auction of assets belonging to several African Global Operations (formerly Bosasa) entities in Krugersdorp, west of Johannesburg, on Wednesday.

Shortly after buying the car owned by the founder of Bosasa - who died in a car accident two months ago - the bidder left and refused to take interviews.

The buzz of the auction saw good prices being bid, even on vehicles with high mileages, including:

A substantial assortment of goods is being sold at the auction over three days this week, ranging from an entire copper plant to various commercial properties.

Wednesday saw the sale of passenger and commercial vehicles, with the latter including various closed-body and refrigerated-body trucks and tractors.

Park Village Auctions and Bidders Choice received the instruction from the appointed liquidators to dispose of assets, which stem from subsidiaries of African Global/Bosasa in liquidation.

Bidders started registering as early as 9am on Wednesday, braving a cold and rainy morning in search of bargain vehicles. Some came from as far as the Western Cape, Limpopo, KwaZulu-Natal, Eastern Cape and Free State.

Aubrey Mulaudzi left Limpopo at 3am this morning to make the registration time. He owns a car dealership and vehicle workshop in Thohoyandou and was planning to buy at least three or four vehicles for his business.

The embattled African Global Holdings has applied for an urgent court interdict in an attempt to prevent the highly publicised sale of the group of ...
News
2 years ago

The property of African Global Operations (formerly Bosasa) will go under the hammer in a massive three-day auction to take place at Luipaardvlei in ...
News
2 years ago

"So far vehicles are going for too much. The prices are still too high ... I can understand it's auction fever," he said.

A logistics company owner, who didn't want to be named, also complained about the prices. "My worry is that people just come and bid and end up buying cars they could have got cheaper at another place," he said.

Another bidder who didn't want to be named said he simply wanted to own a piece of state-capture history.

"This is historic for our country. Can you imagine driving down the road in a Bosasa vehicle?" he said.

In a last-ditch effort to stop the auction of millions of rands in assets, African Global Holdings on Tuesday filed papers in the Johannesburg high court asking to be placed under the supervision of business rescue practitioners.

George Goodes of Goodes and Seedat Inc. Attorneys confirmed to SowetanLIVE's sister publication TimesLIVE on Wednesday morning that they represent the company and had filed papers.

He said they have written to the liquidator's lawyers but have not received a response.

"My clients are considering to launch an urgent court interdict to stop the auction."