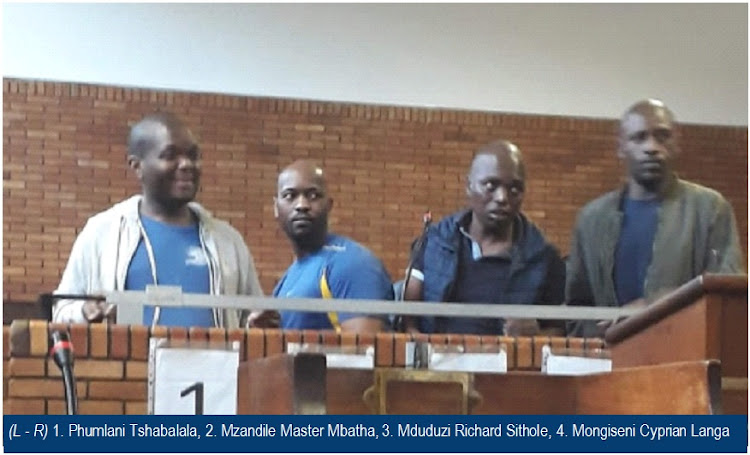 Four men who were in court for murder have escaped

Four men who appeared at the Springs Magistrates court with Nonhlanhla Matiwane, accused of ordering a hit on her husband, have escaped.

It is believed that the men escaped after their court appearance this afternoon. It is suspected that they escaped with other suspects who were in the court holding cells.

An insider told Sowetan that heavily armed men aggressively entered from the back of the court when the suspects were about to be transported back to prison.

"I was on the other side of court, but I was told they went in the holding cells and pointed guns at everyone. They then sped off with the prisoners," said the insider.

The insider said the armed men failed to take Matiwane with them after attempting to drag her to their vehicle.

Robben Island was the scene of a game of cat-and-mouse on Tuesday between law enforcement authorities and alleged abalone poachers stranded at sea.
News
2 years ago