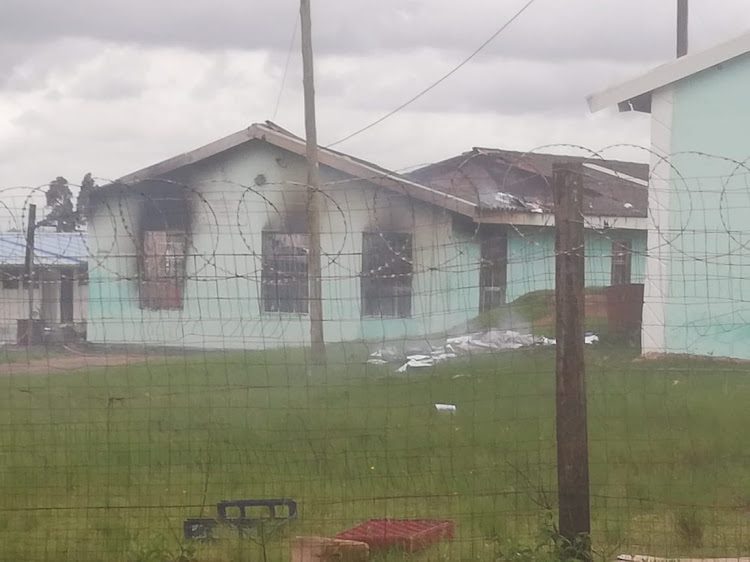 Zwelinjani Secondary School in Zwelibomvu, Pinetown, was ravaged by fire on Wednesday.
Image: Dept of education

A KwaZulu-Natal school was partially destroyed on Wednesday by fire - allegedly started by aggrieved learners who received poor year-end results.

According to the provincial department of education, emergency services were called out to attend to a fire at Zwelinjani Secondary school in Zwelibomvu, Pinetown, west of Durban.

"There are claims that the fire started after chaos erupted when school reports were issued to learners who felt that the results they had obtained were not satisfactory. The learners allegedly accused teachers of giving them bad marks," said the department.

No one was injured but various buildings on the property - including the office of the school principal, the school kitchen and staff room - were destroyed.

"We appeal to all school pupils not to resort to violence, crime or vandalism against public property when addressing their concerns," said education MEC Kwazi Mshengu.

"We wish to also emphasise that we will not reward anarchy by building another school when it was destroyed deliberately."

Pupil gets 17 years for hijacking, trying to drive over female teacher

A KwaZulu-Natal learner has been sentenced to 17 years in prison after he physically assaulted, hijacked and attempted to kill his school teacher.
News
2 years ago

The admission of pupils continues to be one of the challenges for the department of basic education which proves to be the biggest test for the ...
News
2 years ago
Next Article