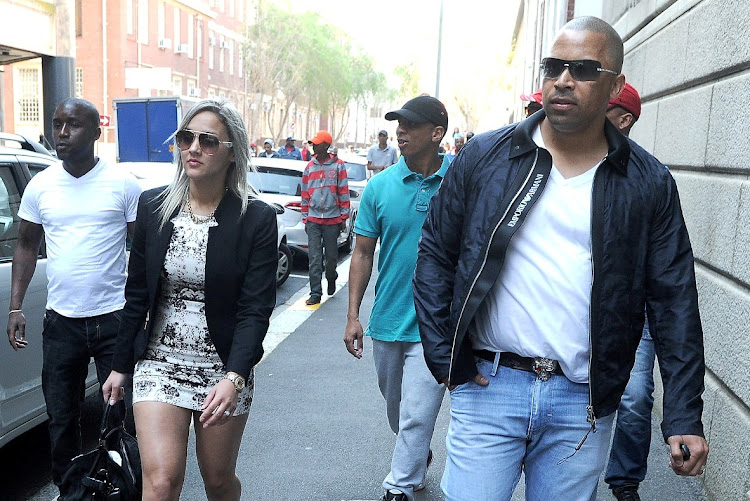 Stanfield, believed to be the boss of the 28s gang, will appear in the Khayelitsha regional court alongside his partner, his sister, at least three former police officers and 18 others.

The case will finally get under way almost six years after Stanfield was arrested. It will involve more than 100 charges relating to a flood of guns which drove gang warfare on the Cape Flats to unprecedented levels of bloodshed.

An earlier charge sheet said the 28s “managed the procurement, transfer, use, concealment and disposal of firearms and dangerous weapons to protect gang-related territory”.

On Monday, the Supreme Court of Appeal in Bloemfontein upheld an appeal by the police minister relating to guns seized from Stanfield, his partner Nicole Johnson and his sister Francisca Stanfield when they were arrested in June 2014. They had applied to have the firearms returned to them.

The same trio were defeated in the Pretoria high court 11 weeks earlier when they applied for the suspension of their prosecution and the scrapping of a 2018 decision by former prosecutions director Shaun Abrahams that they should be tried in Khayelitsha.

They wanted to be tried either in Pretoria, location of the Central Firearm Registry where clerks Priscilla Manganye and Mary-Gail Cartwright are alleged to have destroyed documents relating to the Stanfields; or in Midrand, where a former officer at Olifantsfontein police station — Billy April — is alleged to have helped them obtain firearm licences fraudulently. 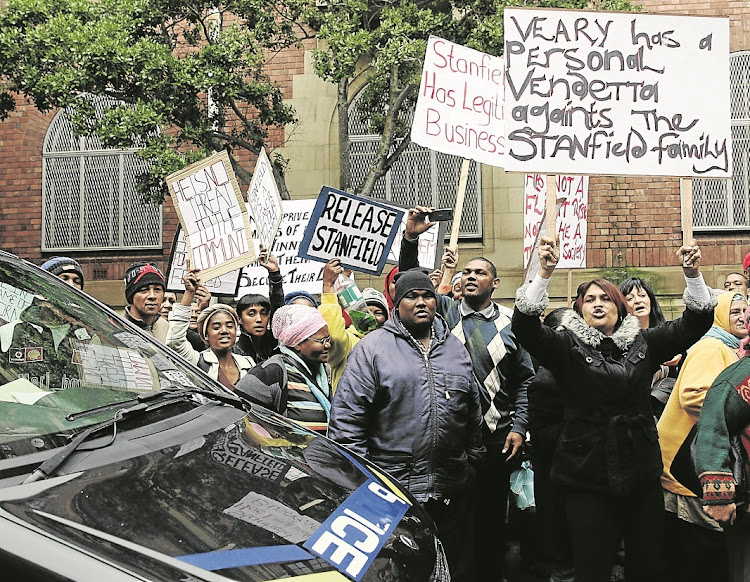 Acting appeal judge Sharise Weiner said the high court in Johannesburg got it wrong when it decided there should be an inquiry under the Firearms Control Act into whether the Stanfields’ guns should be returned.

This ruling had been made on the basis that no criminal proceedings were pending, she said. But Lt-Col Roger Naude, of the anti-gang unit, had told the court the charges had only been provisionally withdrawn in 2016, and they would be reinstated.

“The director of public prosecutions subsequently became aware that several similar investigations had been referred to other investigators and prosecutors in different provinces,” said Weiner.

“The scale of the offences was vastly greater than what was suspected at the time.”

Cape Town 28s gang boss Ralph Stanfield‚ who was shot in his luxury Audi R8 in Johannesburg on Thursday‚ is still in a critical condition. This was ...
News
4 years ago

In the earlier high court case, Judge Sulet Potterill criticised the Stanfields’ “astounding” argument that the decision to prosecute them in the Western Cape pointed to an ulterior motive.

“It does not flow from any facts and must be rejected,” she said. “It is most certainly in the interest of the administration of justice to try the accused, who are overwhelmingly resident in the Western Cape, in that jurisdiction.

“Many of the Prevention of Organised Crime offences occurred in the Western Cape and that court accordingly does have jurisdiction.”

According to the previous charge sheet, the Khayelitsha trial will hear allegations that the 28s gang was implicated in crimes ranging from murder and possession of unlicensed firearms to intimidation of witnesses and drug trafficking.

On 7 May 2014, the charge sheet said, Stanfield unlawfully armed himself with a rifle, a Glock pistol and ammunition. Between June 2014 and March 2015, he unlawfully carried a Remington rifle and three semi-automatic pistols.

Johnson was accused of having armed herself with two pistols and a rifle.

Mothibi Pheko's gun rested across his bullet-proof vest as he patrolled a lush Johannesburg suburb backed by an array of high-tech tools to combat ...
News
2 years ago

Mnelisi Xaba's life is a far cry from the one he led as a youngster.
News
2 years ago

There were times in this colosseum of thunderous roars that hosts Japan played like a force of nature.
Sport
2 years ago
Next Article