'A young child left longing for his father': a family's pain after brutal death of Anele Hoyana 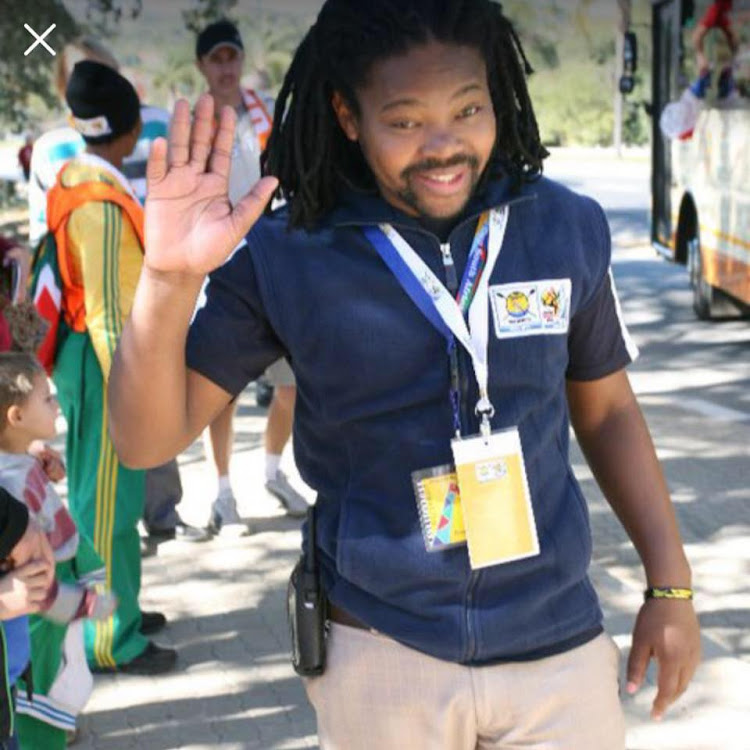 Fritz Joubert assaulted 40-year-old Anele Hoyana, above, who was a sangoma, with his fists and a rifle butt.
Image: Facebook/Olwethu Hoyana

As the family of slain sangoma Anele Hoyana struggle to come to terms with his death, his brother Olwethu says a two-year-old son continues to search for his father.

“The kids are too young to register what happened but the two-year-old is running around looking for his father because they were close,” he told SowetanLIVE's sister publication TimesLIVE on Wednesday.

“He is always hanging on to my older brother, who has got similar dreadlocks to those Anele had. He is probably the only one that the boy is comfortable with,” Olwethu said.

The toddler and his two-month-old brother were locked in a bathroom when their father was bludgeoned to death by a man he considered a friend at an East London farm at the weekend.

Olwethu described his brother as a strong-willed, spiritual, family man who was taken away in a cruel manner.

His fiancée is now left to raise two children.

“Anele was the youngest of the three brothers. In his younger days he was an avid sports person who played rugby. In the later years of his life, he had become very spiritual, as he followed his calling to become a traditional healer.

“Everybody is still shocked, but we have got to concentrate on burying our brother. We miss him a lot,” said a distraught Olwethu.

Olwethu said Anele’s killer, Fritz “Majeke” Joubert, was known to the family for years, but the Hoyana family were sceptical about their recent close relationship.

“He [Joubert] was known to the family and he was our neighbour on the farm for more than 15 years. We shared a boundary,” Olwethu said.

Anele had temporarily moved in with Joubert a week before his death.

“My brother was a self-employed man who worked in various places across the country and he only came back to the farm about four months ago, because his fiancée was [about to give birth].

“This closeness with Fritz would have developed at that time. We were told that they were socialising together and they were working on some business venture together,” Olwethu said.

Olwethu said when he had spoken to Anele about three weeks ago, he and Fritz had plans to open a game reserve on the farm.

“Anele, with his networks, was able to open some doors to help obtain the relevant permits and so on.”

Eastern Cape police spokesperson Capt Hazel Mqala said 45-year-old Joubert and Anele had had an argument that escalated into a physical fight.

Videos of the incident have left Anele's family angry and confused.

“Anele had been very calm in those videos and being threatened he didn’t put up any kind of resistance.

“The irritating part for me was when he instructed my brother to kneel down and he actually knelt down. This is very uncharacteristic of Anele, because he is not somebody who was a pushover. I realised that maybe he was trying to protect his family, but I don’t know, because there are so many questions,” said Olwethu.

His wife, who witnessed the ordeal, is “extremely distraught” and being looked after by the Hoyana family.