The murder of Anele Hoyana: everything you need to know 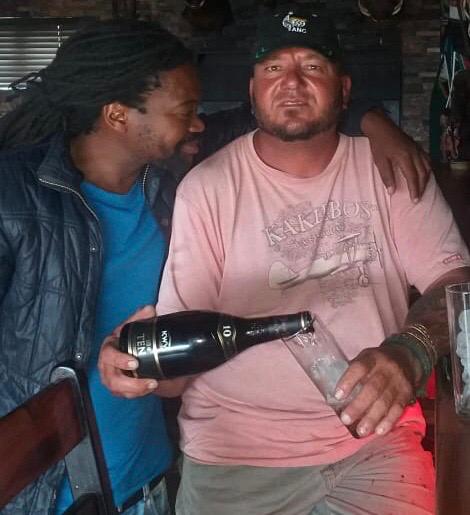 The murder of 40-year-old Anele Hoyana has sent shock waves across the nation, and the brutal actions of Eastern Cape farm owner Fritz “Majeke” Joubert have left many in a state of extreme anger.

Hoyana was murdered on Saturday by 45-year-old Joubert, whom he had temporarily been living with together with his wife and two children, on Joubert's farm in Geluksdal, Brakfontein, near Gonubie.

According to a Daily Dispatch report, Hoyana was training Joubert to be a sangoma.

The incident happened when a “cleansing ceremony” turned violent.

Videos of Joubert went viral on social media after he filmed himself ranting about being “the chosen one” before killing Hoyana.

In one of the videos, Hoyana is seen kneeling down in Joubert’s house with one of his children in his arms, while Joubert repeats that he is going to punish him.

Joubert, in a Springbok jersey, can be heard saying: “Everyone thinks I am mal, but I want to show the world who Satan is. He sits there. This is Satan”.

In another video, Joubert can be heard spewing racial slurs and seen grabbing Hoyana's two children.

He also swears and shows the middle finger.

SowetanLIVE reported that police were called to the property, where one of the officers shot Joubert dead in self-defence before rescuing Hoyana's wife and children, who hid in the house.

Joubert was shot while fighting for a gun with the officer. He died at the scene.

East London police spokesperson Captain Hazel Mqala described the two men as “friends” and said they were socialising together in the early hours of Saturday when an argument started.

She said the argument escalated into a physical fight, which moved outside the house to the deck.

“The farm owner assaulted the 40-year-old male friend with his fists and a rifle butt, resulting in the victim sustaining severe head injuries. When the police arrived they found him lying on his back with numerous head injuries, already passed on.”

Mqala said police were investigating a case of murder and kidnapping, and the Independent Police Investigative Directorate was investigating the killing of Joubert in a separate docket.

Pretending to be 'pro-black'

An Eastern Cape DJ, Zwelihle “DJ Zwesta” Mathe, said he had been at the farm a few days ahead of an event on Wednesday in which Joubert was due to be appointed and integrated as part of the community’s traditional leadership.

Mathe said Joubert, at times, “acted like a good guy, like he was pro-black, but this whole thing triggered me”.

He said he would also behave like a “typical Afrikaner” and snap at him and make him feel inferior for not agreeing with him.

Mathe was quoted as saying that when he was at the farm he tread carefully because it was isolated and he could “sense danger”.

A DJ who was at the Eastern Cape farm where Anele Hoyana, 40, was beaten to death with the butt of a rifle said farmer Fritz “Majeke” Joubert only ...
News
2 years ago
Next Article