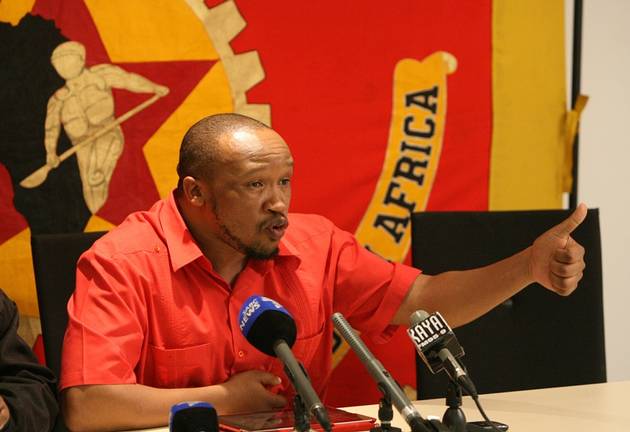 The National Union of Metalworkers of South Africa (Numsa) and the South Africa Cabin Crew Association (Sacca) have rejected sentiments in the public enterprises department that they caused damage to the airline's reputation.

In a statement, the department accused the two unions - whose members were on strike last month - of causing immense damage to the reputation of SAA, and also for affecting its operations and causing a deterioration in finances.

“It is opportunistic for public enterprises minister Pravin Gordhan to apportion the challenges confronting the airline to Numsa and Sacca when he is directly responsible for tarnishing the airline's reputation with his reckless statements. Gordhan and finance minister Tito Mboweni have gone out of their way to undermine and devalue the brand and reputation of SAA.

Government should have adopted the proposal for SAA to get into a joint venture with Ethiopian Airlines in order to turn the local carrier into ...
News
2 years ago

“Minister Gordhan went to New York and made a statement that SAA is not too big to fail, thus leaving global trade partners and creditors speculating about the future existence of SAA. It is both the minister of finance and minister Gordhan who consistently repeated publicly that there will be no more bailouts,” said Phakamile Hlubi-Majola, Numsa's national spokesperson.

She said Mboweni went to the extent of saying that there is nothing that can be done to save the airline - in fact, it should be shut down - to an audience of international investors.

“Strikes take place at airlines all over the world. The notice issued by Flight Centre to stop selling SAA tickets did not mention the strike action as a threat. Instead it cites government’s wishy-washy position on SAA’s future as the biggest problem,” Hlubi-Majola said.

She said it was their view that the current SAA board is incompetent as any other board could have easily avoided the strike.

“We are also convinced that minister Gordhan remote controls the board, and our honest view is that he is meddling in the affairs of the airline.

“There is nothing which demonstrates this better than when he appointed Thandeka Mgoduso, who is currently acting chairperson of the board, to the position of executive chairperson. At Eskom he appointed Jabu Mabuza, chairman of the Eskom board, to the position of acting CEO at the power utility. This is a blatant disregard for good corporate governance principles,” she said.