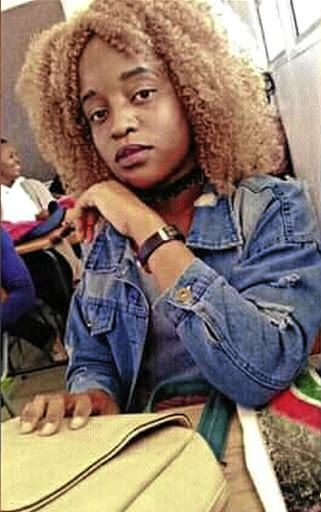 President Cyril Ramaphosa has promised to build a decent house for the family of slain Capricorn TVET college student Precious Ramabulana and to offer a school bursary to her seven-year-old younger sister.

Ramaphosa paid a courtesy visit to Ramabulana's family yesterday. The 21-year-old was brutally killed in her rented room in GaJoel, a section of Mokomene village in Limpopo, last week.

Family spokesperson Thovhele Kutama told Sowetan that Ramaphosa had spent an hour with family members and told them he would build a decent house for them.

"The president expressed his deep shock on the murder of our daughter and said he is now aware that Precious was studying hard to take the family out of abject poverty.

"We welcome his promises for building a decent house for the family and also a bursary for Precious's younger sister, he said.

Speaking to the media at the front door of Ramabulana's half-plastered house, Ramaphosa said what saddened him more was that the perpetrator had a previous brush with the law for an alleged rape before stabbing Precious 52 times and killing her.

"As men, we seem to have declared outright war against the women of SA. It is a national shame that a young woman who had a promising future had her life cut short by a man who killed her so brutally and slaughtered her like an animal," he said.

Ramaphosa said this violence needed to end and the government should keep a record of people who have had brushes with the law.

President Cyril Ramaphosa has lauded police for the swift arrest of a suspect for the murder of 21-year-old Limpopo student Precious Ramabulana.
News
2 years ago

"We have embarked on a national campaign backed up by a huge budget to spread the message, particularly to men, against abuse. We must have an active record of those found guilty. The perpetrator [Ramabulana's killer] had a rape charge and was still strolling our streets.

"All these people, once arrested and sent to jail, they should be subjected to harsh labour because what they subject communities and families to is worse.

"We are now going to double our effort on crimes against women and children."

Ramaphosa said the family had informed him that they will be launching a Precious Ramabulana Trust Fund to fight gender-based violence.

The suspect arrested for Ramabulana's murder will appear in the Morebeng magistrate's court today. Provincial police commissioner Gen Nneke Ledwaba said the postmortem to determine how many times Precious was stabbed was not yet released.

Precious was buried at Maname village in Makhado on Friday.